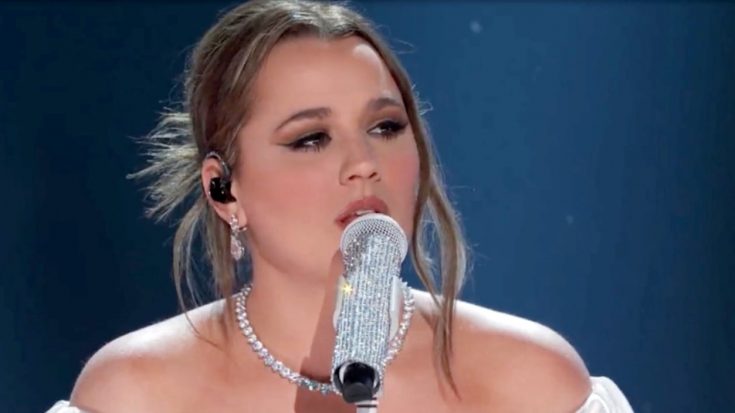 Gabby Barrett had the honor of co-hosting the 2022 ACM Awards with Jimmie Allen and Dolly Parton. On top of hosting the ceremony, Barrett also performed…twice!

Barrett and Allen opened the show with a two-song medley celebrating the home of the ACM Awards, Las Vegas. They sang “Viva Las Vegas” and “Let’s Go To Vegas.”

As for her second performance, Barrett delivered that one solo. She sang her rendition of a beloved country tune, Lee Ann Womack‘s “I Hope You Dance.”

Womack released “I Hope You Dance” in 2000. It won the ACM Award for Song of the Year the following year.

Barrett is no stranger to singing “I Hope You Dance.” She famously covered the song on the 2018 season of American Idol when she was one of the top seven contestants.

She made it all the way to the finale, and ended up placing third.

Now, just four years later, Barrett sang “I Hope You Dance” at the ACM Awards. Her performance was just as gorgeous as we anticipated it would be.

Barrett showcased the power of her voice as she hit some sky-high notes in the chorus. We bet many people in the audience got goosebumps in those moments!

Tune in to the video below to watch Barrett’s stunning cover of “I Hope You Dance” at the 2022 ACM Awards.