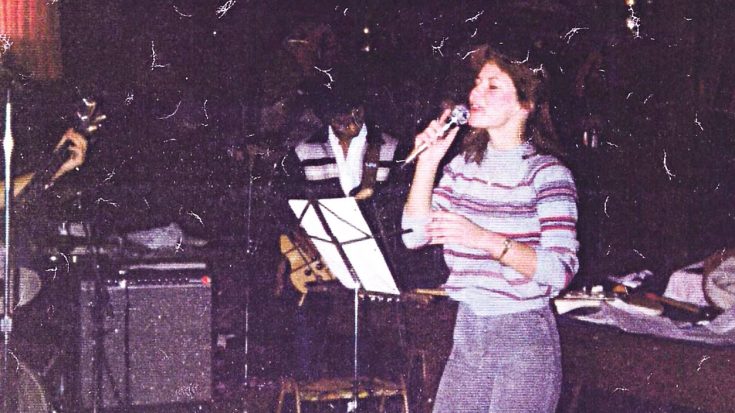 Long before she was the reigning queen of pop-country, this top-selling female artist was recorded singing a hard-rocking hit at just 15-years-old.

Shania Twain is known for her boot-stomping country radio hits and massive crossover success, but this rarely-seen video will show you side almost never seen before!

Way back in 1981, Twain was working hard at securing a record deal (something that would come not too long after) and she was performing gigs at various venues, shows, and other places. Getting her name out there was just part of what she needed, and the rest –  incredible talent – was something she showcased every single night.

During a performance with the band Fracas, Eileen Twain (a.k.a. Shania Twain), took the post as lead vocalist during their 1981 performance in Toronto. Bass player Vince Iarusci was there that night and somehow managed to save their recording – something he chose to share with the world 35 years later.

Unearthing this treasure of Shania Twain singing one of Pat Benatar’s biggest hits was a no-brainer for Iarusci who shared it on YouTube. Since it was uploaded in May 2016, the video had only garnered about 5,000 views – but with the publishing of this article, that’s likely all about to change.

The Iconic Song She Made Sound Easy

This teenage singer, with a huge future ahead, sang her heart out on Benatar’s iconic “Hit Me With Your Best Shot” and proved that she had the vocal chops to make it big – something the world would come to realize in just over a decade.

Listen to a very young Shania Twain belt this hard-rock hit below and tell us what you think of her performance!