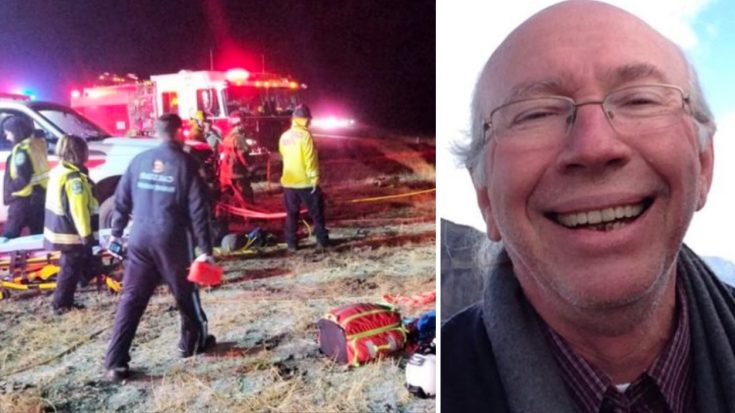 At 11:45 PM on Wednesday night (September 18), a tour bus carrying members of country singer Josh Turner‘s road crew was involved in an accident on Highway 46 near Mcmillan Canyon in California. Turner and his band performed that night at Vina Robles Amphitheater.

According to KGET.com, which spoke with officials who responded to the crash, the bus carrying Turner’s crew drove off the road and went down a 50-foot embankment. Firefighters arrived with ropes to help pull the crew members up the embankment. Multiple helicopters and five ambulances were also on the scene, and both eastbound lanes of the highway were closed.

First responders confirmed with KGET that Turner and his musicians were not on the bus involved in the crash.

#CenterIC, @CALFIRE_SLO at scene Mass Casualty Incident. Passenger Bus off the roadway. Please drive with caution in the area.

The crash was fatal. KGET reports that the CAL FIRE San Luis Obispo Fire Department confirmed that one person was killed in the crash. Seven others were injured. The fire officials told the publication that of the seven people injured, two have major injuries and the other five have moderate injuries.

KGET states that the cause of the crash is still being investigated.

[FINAL] #CenterIC Confirmed Tour Bus of the Josh Turner Road Crew was involved in this accident. Mr. Josh Turner and band were in different buses and not injured. #CHP and #Firefighters will be at scene several hours for investigation and clean up. pic.twitter.com/zVnPEjy5BN

The deceased crew member has been identified as Josh Turner’s sound engineer, David Turner. Although they share no relation, David has worked with the “Your Man” singer for 14 years. He’d previously worked with Patty Loveless, Tammy Wynette, and Eddie Rabbitt, to name a few.

A family friend confirmed his passing to the San Luis Obispo Tribune. Once word of his death got around, friends, family, and even acquaintances began posting tributes online.

So heartbroken to hear about the crew of @joshturnermusic. This is all of our worst fears come true on the road. Sending so much love to that road family this morning.

Carrie Underwood’s guitar player Chad Jeffers called him a mentor and a “master of his craft.”

You were a huge part of my music career in mentoring, guiding, inspiring and educating me on how "The Road" works and…

According to friend’s tweet, he leaves behind a wife, a daughter, and two grandchildren.

David Turner, Sound Engineer for @joshturnermusic was killed last night when the tour bus wrecked shortly after midnight in Shandon, California. David is from Oxford, MS. He leaves behind a wife, daughter, and 2 grand children.
Picture below is David holding my son. Please pray pic.twitter.com/F7kzF4fpTy

“Josh Turner and his road family have suffered a devastating loss,” Universal Music Group said in a statement. “Please keep the crew, band and Josh in your thoughts and prayers.”