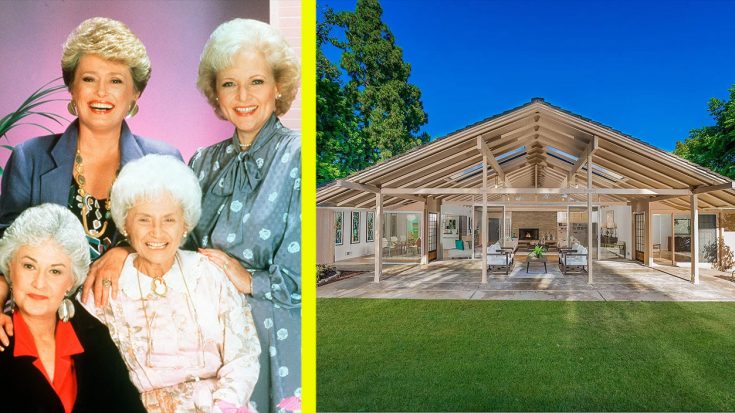 One of the most famous houses in TV history is up for sale! The 1950s house that served as the home for “The Golden Girls” just hit the market for the first time and you can own it for a mere 3 million dollars.

The 4-bedroom home was originally built in 1955 and is located in the ultra-fancy Brentwood area of Los Angeles, California.

The home’s exterior features lush vegetation surrounding the house as well as throughout the grounds which mimics the fictional location of the house in Miami, Florida. More of the houses interior can be seen on Zillow.

The exterior of the house was used in the first season of ‘Golden Girls’ that was shared by the 4 main characters — Rose (Betty White), Blanche (Rue McClanahan), Dorothy (Bea Arthur) and Sophia (Estelle Getty).

In later seasons of the show which aired from 1985 to 1992, an exact replica of the home was built for filming purposes. The replica also hosted backlot tours for years, but in 2003 it was demolished.

In real life, this house served as the residence of David Noble Barry III and Margaret Carr Barry, a married couple who had the house built in 1955. The Barry’s lived in the house until their deaths in 2017 and 2019, respectively. The property is being sold by a trust.

Betty White, who turned 98 in January 2020, is the last surviving actress of the show’s four stars. All seven seasons of the show are available to stream on Hulu.

For a trip down memory lane, watch the video below for some funny moments throughout the show.