Eric Church Sings “Carolina” For The First Time In 2008 Video 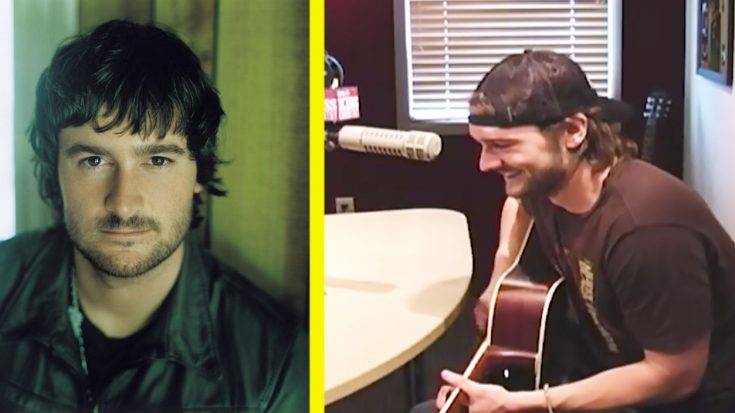 Back in 2008, when Eric Church had long hair, the Chief stopped by the studio at KISS 99.9 in Asheville, North Carolina, to debut a song that would go on to become the title track of his album Carolina.

Carolina is the second studio album by Church. It was released on March 24, 2009, via Capitol Records Nashville. In addition to the song “Carolina,” the album also contains hits from Church such as, “Love Your Love the Most,” “Hell On The Heart,” and “Smoke A Little Smoke.”

Eric’s second album ‘Carolina’ celebrated its 10 year anniversary this weekend. This special, collector’s edition vinyl record is presented in 180 gram white vinyl and is limited to 1000 pressings. Get yours today while supplies last at ericchurch.com

The North Carolina native sat down in the studio and gave a little introduction for the song.

“Song for the home state here, this is the title track of the new record ‘Carolina.’ First time I’ve ever done it acoustic so we’ll see what happens here…there’s a nice yodel part you’re gonna love.”

He jokes around about it being difficult to yodel at 7 o’clock in the morning, but as usual, he knocked the performance out of the park.

YOU CAN WATCH THE VIDEO HERE.