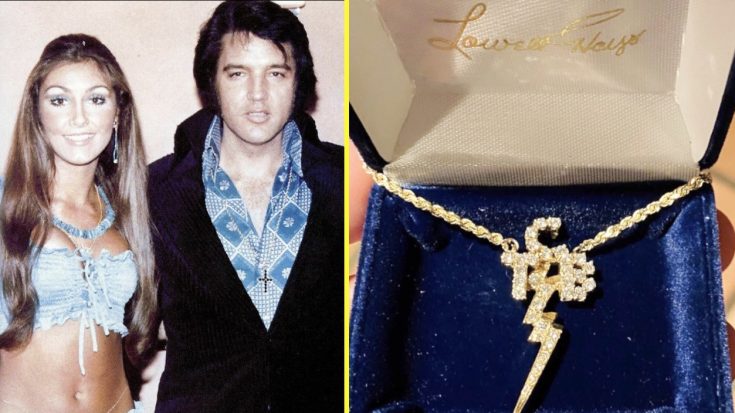 After Elvis Presley and Priscilla separated in 1972, Linda Thompson moved in with the King of Rock and Roll and was the leading lady in his life for the next few years.

While they were together, Thompson traveled all over with him, jet-setting in his plane he named after his beloved daughter Lisa Marie Presley.

Fabulous Flashback Friday- one of the hundreds of times boarding the Lisa Marie – “When all are one and one is all To be a rock and not to roll And she's buying the stairway to heaven” ??

After their relationship ended in 1976, and Presley’s untimely death in 1977, Thompson rose to prominence as a songwriter and lyricist. In 1981, she married Bruce Jenner (now Caitlyn Jenner) and had two sons together named Brandon and Brody.

Thanks again @michelinusa for the unforgettable experience with my big bro. #ps4s #partner

Their sons became celebrities in their own right, thanks to the reality shows The Hills and Keeping Up With The Kardashians. They appeared on Keeping Up because their dad was married to Kardashian matriarch Kris Jenner for 24 years.

Thompson’s sons have both taken a page out of her own book and have pursued a career in music. While Brandon is a singer-songwriter, Brody has done the route of DJing and producing music. Brody has also taken an interest in his mother’s past love, Elvis Presley. So much so that he has TCB, Elvis’ life motto – “Takin’ Care of Business” tattooed on his wrist.

You can see part of it on the inside of his right wrist in the photo below.

I think shoey is upset he didn't get his own custom @lays bag. Don't worry bud… I'll share with ya. #laysSummer #Ad

Of course, Thompson knew this and this year for Christmas, she gave Brody a piece of jewelry that The King of Rock and Roll used to own. She gave him a gold and diamond necklace, which was made by Presley’s longtime jeweler Lowell Hays, with “TCB” and a lightning bolt.

“[Brody] has a deep admiration for Elvis, not only as the king of rock ‘n’ roll, but as the ‘king of bling’ as well… ?⚡️,” Thompson said on Instagram. “So this is what I got Brody for Christmas this year! He already has a TCB tattoo on his wrist!”

She also included some pieces of jewelry that Lowell Hays made for her and Presley, including a cross medallion from Elvis that says, “Christmas – 1973 I love you” on it.

@brodyjenner has a deep admiration for Elvis – not only as the king of rock ‘n’ roll, but as the “king of bling” as well… ?⚡️So this is what I got Brody for Christmas this year! He already has a TCB tattoo on his wrist! Scroll through to see other jewelry that my dear friend Lowell Hayes in Memphis made for Elvis and me years ago…Lowell is the best! ???#shoutout #bling #king #takingcareofbusiness