Elvis Dressed In Military Uniform To Impress Priscilla’s Parents, She Shares In 2017 Interview 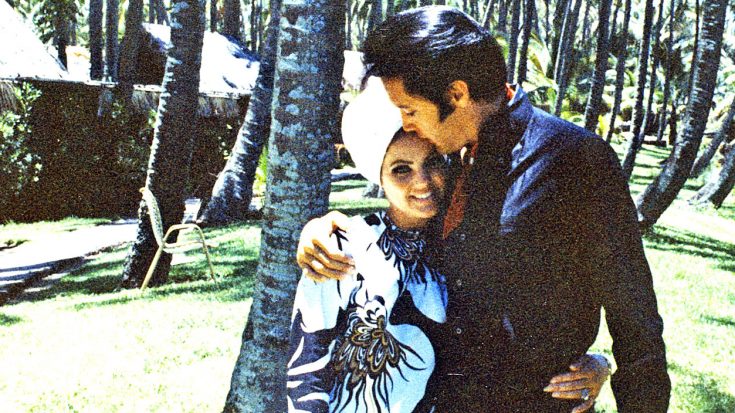 How “The King” Met His Queen

Priscilla Beaulieu was only 14 years old when she met Elvis Presley for the first time. The two met in Germany, where Elvis was stationed as part of his service in the Army. Priscilla’s stepfather was an officer in the Air Force, and he and his family were also stationed in Germany.

Despite their age difference, Elvis found himself instantly smitten with Priscilla, and wanted to spend as much time with her as possible. He invited her to come see him at a party, but her parents were not keen on the idea.

59 years ago today, on September 13, 1959 Elvis and Priscilla Beaulieu met for the first time at Elvis home on Goethestrasse 14 in Bad Nauheim, Germany. Priscilla had just moved to Germany and started her freshman year of highshool. Priscilla was brought to meet Elvis by Currie Grant and his wife. Elvis immediately liked this pretty 14 year old. And they started seeing each other for 6 months until he had to leave for the army on March 2, 1960. As Priscilla stayed going to high school in Germany they didn’t see each other until 2 years later. ?? #elvispresley #priscillapresley #elvisandpriscilla #stunning #gorgeous #beautiful #the50s #thepresleys

“My father said, ‘Absolutely not!‘” Priscilla said during an interview with Closer Weekly. “My mother said, ‘I won’t let you walk across the street to see Elvis Presley!’ I knew this was going to be a battle.”

Priscilla went on to add that her stepfather was quite curious to know why Elvis was so interested in his daughter. “My father interrogated me!” she said. “He wanted to know, ‘What happened the first night? Why does he want to see you again?‘”

Since Priscilla’s parents seemed like they were going to be hard to persuade, Elvis went to great lengths to earn their respect. Priscilla recalled how Elvis showed up at their house one day, decked head to toe “in full [military] uniform.”

“He came absolutely decked out in white gloves, hat, everything,” said Priscilla. “Already he won my father over! They talked for an hour and a half.”

After that, Priscilla’s parents were equally as enchanted by Elvis as their daughter was. Three years later, they gave her permission to move to Memphis, Tennessee to live with Elvis at his famous Graceland estate.

She Still Loves Him To This Day

The couple eventually married in 1967, when Priscilla was only 21 years old. Nine months later they welcomed a daughter, Lisa Marie, who Elvis adored.

But the fairytale romance did not last. Elvis and Priscilla divorced in 1973 after six years of marriage. Although they were no longer a couple, the two remained close friends until Elvis’ death in 1977.

“He was so much a part of my life in every way,” Priscilla said. “He was everything to me. My confidante, my husband, my everything.”

It’s clear that after all of this time, Priscilla still carries a great deal of love in her heart for Elvis. We’re sure she misses him terribly.