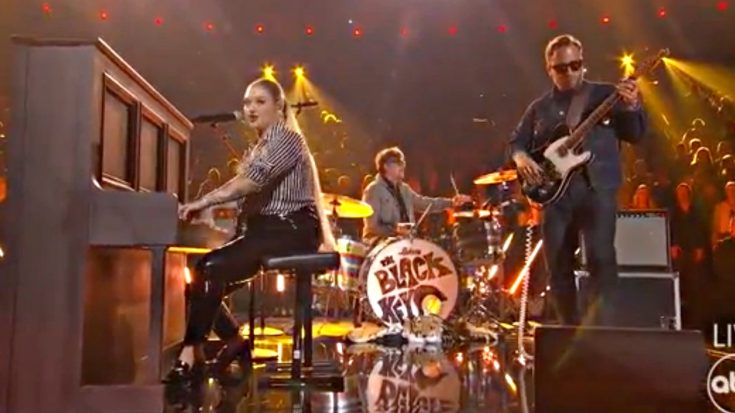 On October 28, 2022, Jerry Lee Lewis, who had just been inducted in the Country Music Hall Of Fame, passed away.

The Country Music Association was among the first to confirm his passing, just one day after it was falsely reported that her had died.

On social media, they wrote, “It is with great sadness we’ve learned about the passing of Jerry Lee Lewis, who was just inducted into the Country Music Hall of Fame this month. We extend our heartfelt condolences to his family and loved ones during this difficult time.”

Just a few days after Lewis’ death, the CMA Awards announced a second round of performers, including rocker turned country artist Elle King. At the time, we weren’t sure what she would be performing but as a past CMA Award winner, we didn’t need to know! But as the days passed on, we found out that she and Grammy Award-winning rock band The Black Keys would be paying tribute to Jerry Lee Lewis.

On Tuesday (Nov. 8), the CMA’s shared some footage of their rehearsal and it got us so excited for the performance! King can be seen playing the piano and belting into the microphone, looking like she was having a blast!

And now that it has taken place, we can honestly say that we think Jerry Lee Lewis would be so proud of this performance! It was so good that the piano King was playing went up in flames!