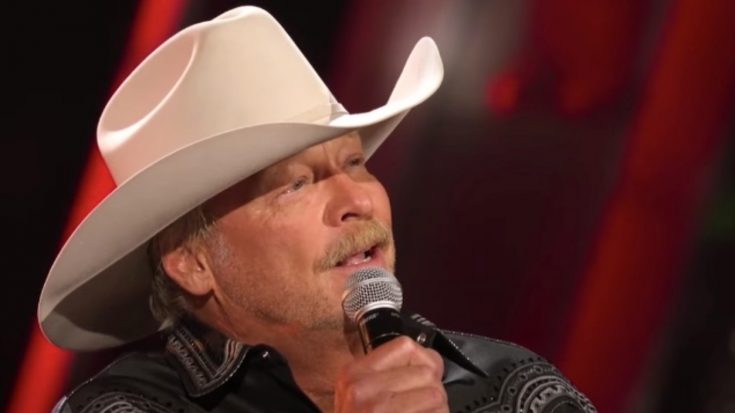 The CMA introduced the Willie Nelson Lifetime Achievement Award in 2012. The first award was given to its namesake, Willie Nelson. Kenny Rogers, Johnny Cash, Dolly Parton, Kris Kristofferson, Charley Pride, and Loretta Lynn were named as recipients in the years that followed.

Alan Jackson is the eighth recipient of the Willie Nelson Lifetime Achievement Award. The CMA announced that Jackson would be honored with a tribute performance during its 2022 awards ceremony. Carrie Underwood, Dierks Bentley, Lainey Wilson, and Jon Pardi were revealed to be the artists participating in the tribute.

The four country stars took to the stage to honor Jackson during the 2022 CMA Awards on Wednesday (November 9).

Underwood opened the tribute by performing a cover of Jackson’s “Remember When.” She shared how the very first concert she ever went to was one of Jackson’s. Underwood went on to praise him as a songwriter and source of inspiration to many.

Then Bentley, Pardi, and Wilson took to the stage to sing “Chattahoochee,” with Bentley singing lead. Pardi took over from there, and sang “Drive.” Wilson jumped in next with a cover of “Chasin’ That Neon Rainbow.”

The whole thing ended with a performance from Jackson himself, who sang “Don’t Rock the Jukebox.” It was the perfect ending to an already awesome performance.

Jackson then gave an emotional speech at the end of the tribute, and spoke about how “blessed” he is and how much he loves country music as a genre.

Head below to watch the performance and Jackson’s acceptance speech. He is more than deserving of the Willie Nelson Lifetime Achievement Award! Congratulations to him.