Dolly Parton Urges All To Forgive With Ode To Jesus Christ, “He’s Alive” 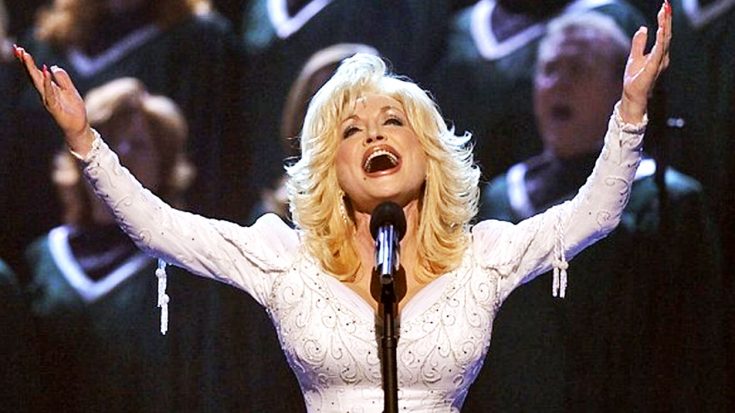 When country legend Dolly Parton took the stage during the 1989 CMA Awards, nobody was expecting to be moved to tears with her song full of profound wisdom, but many found themselves weeping after hearing Don Fransisco’s lyrics beautifully sung by this country angel.

Dolly’s performance of “He’s Alive” was breathtaking to say the least. The Christ Church choir backed her and helped blow away the audience with a live rendition of her latest single.

"Oh, honey, God don’t care which church you go to, long as you show up." —Dolly Parton, "Steel Magnolias" pic.twitter.com/nL3t6Pep

Originally written in 1980, Dolly’s version garnered her a high-ranking spot in Billboard’s Top 100 on the country charts and had previously won Fransisco two notable Dove Awards.

It seems like the perfect night to Netflix ‘Joyful Noise,’ a musical drama where Dolly Parton and Queen Latifah compete for control of a small-town church choir and have to cooperate to win a national competition. pic.twitter.com/NUrNhLSgP1

In an interview with AmericanSongwriter.com, Dolly reveals that she had wanted to record the song ever since she heard it come across a small town’s radio waves as she and her husband made their way back to Nashville from California.

Ok ppl they are the cutest couple ever! This was right after they got married in 1966! This was from their church directory! #DollyPartonDean #dollyparton #CarlDean #52years @DollyParton pic.twitter.com/BqhAX6cMob

“I always intended to do it because it moved me and I hadn’t had the opportunity because I wanted to do it with somebody that was Christian,” Dolly told the site. “You have to really feel something and be passionate about it, and believe in it to do it…the song meant a lot to me.”

When you watch Dolly issue this heartfelt story of forgiveness, you will likely be moved to tears just like the audience in her CMA performance!

Watch this beautiful song of Dolly’s in the video below!