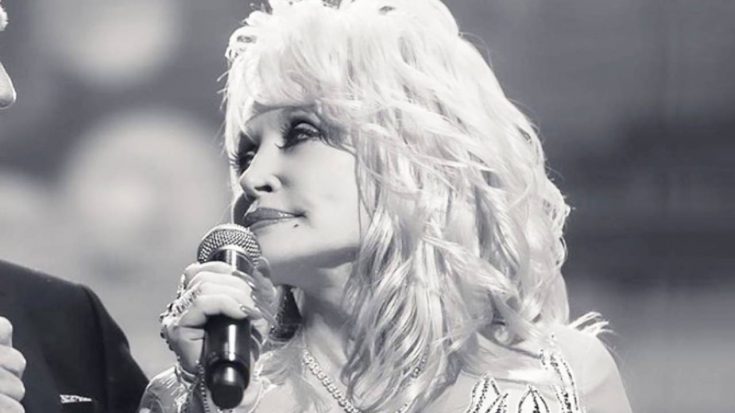 On My 30, 1966, 20-year-old Dolly Parton married Carl Dean two years after meeting him at a laundromat. They met during the very first week of her moving to Nashville, Tennessee to pursue country-singing stardom.

The two wed in a small ceremony rather than have an elaborate wedding because her record label was worried that marriage would interfere with her music career.

Dolly and Carl renewed their wedding vows in June 2016, on their 50th anniversary. The event gave her the wedding she had always wanted. Of the vow renewal, Dolly said, “Fifty years is a long time for anything, and I felt that we needed to do something to commemorate this. It’s been a good 50 years and I don’t know how many more years we’ll have left.”

Despite being married for 55 years, and being one of the most well-known people on the planet, he rarely attends any event with her and it is hard to even find a photo of Carl! He is very reclusive and they wouldn’t have it any other way. Clearly, they have made their relationship work for over five decades!

But, on November 2, Dolly shared a photo of her sweet husband on social media and wrote, “Find you a partner who will support you like my Carl Dean does!”

The photo was of the couple many years ago, holding hands, and the shirt Carl is wearing was photoshopped to be a Dolly t-shirt, which you can currently purchase from her online store here.

See the rare photo of Carl below.

There are only two photos of Carl Dean on Dolly’s entire Instagram, which dates back to December 8, 2015. She just posted another one wishing everyone a happy Thanksgiving. Alongside a photo from earlier in their marriage, she wrote, “Happy #Thanksgiving from me and mine to you and yours.”

We wish she would share more photos of Carl Dean, but we respect their privacy. See the photo below.