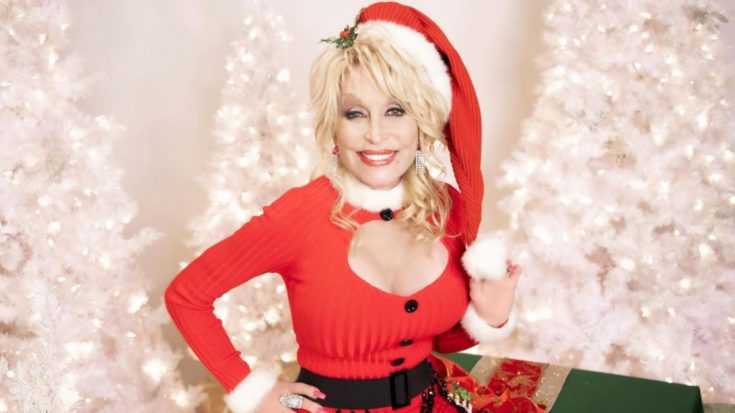 Dolly Parton took to social media to wish her fans a Merry Christmas with the help of a member of her family that we rarely get to see.

Billy the Kid, Dolly’s goddog, posed with the singer for an adorable festive photo to send holiday greetings to her fans (and their furry friends). Billy the Kid donned a Santa hat while Dolly looked holiday-ready in a red and white outfit of her own. The pair posed in front of gold-clad Christmas trees. “Merry Christmas Eve from Billy The Kid and I to y’all and your furry friends!” the caption read.

While Billy the Kid has his own Instagram account that has plenty of photos of him and his “Dolly Mama,” the pooch is rarely seen on Dolly’s own social media accounts.

Billy doesn’t officially belong to Dolly Parton, but instead considers herself his godmother. The singer formed a quick bond with the pup whose owner is Danny Nozell, the CEO of CTK Management.

“Dolly is like a mother to me. She laid eyes on Billy and told me that I couldn’t give this dog to any more ex-girlfriends —he would have to go to her!” Nozell told PEOPLE, adding that Parton and Billy quickly formed a “bond that can’t be broken” after meeting for the first time.