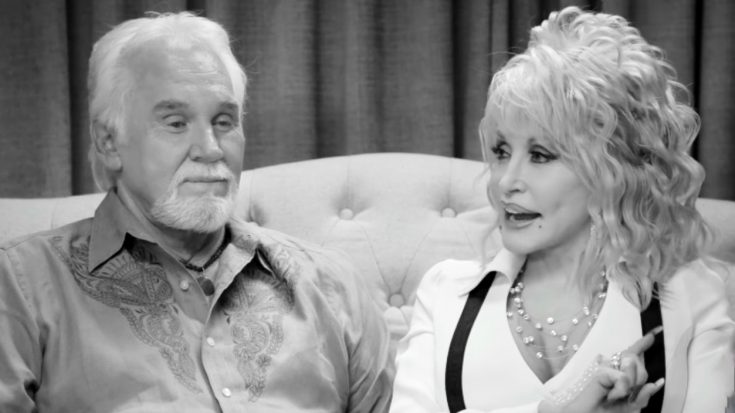 If it hadn’t been for a little love song titled “Islands in the Stream,” one of country music’s greatest friendships may have never been. It was that song that united Dolly Parton and Kenny Rogers as collaborators for the first time, and made them instant friends.

Over the years, Parton and Rogers have recorded countless other projects together, including a hit Christmas album Once Upon a Christmas. But through it all, their most recognizable collaboration has always been “Islands in the Stream.”

To celebrate Rogers’ retirement in 2017, Parton was one of his many celebrity friends who performed in his honor at Bridgestone Arena. Together, the two of them sang “Islands in the Stream” live for the final time.

A major factor that influenced the man known as “The Gambler” to retire was his age. We know it may be hard for y’all to believe it, but he just turned 80 on Tuesday (August 21).

Rogers was showered with birthday wishes from fans all over the world, and got not one, not two, but three happy birthday notes from one of his biggest fans…Parton!

As proof of their timeless friendship, Parton wished Rogers a happy birthday on Facebook, Twitter, and Instagram. While her messages were all similar, each had some slightly different wording and photos to accompany them.

Parton wrote the longest message on Instagram, penning a sugary-sweet note about how she can always count on Rogers to make her smile. She closed off the message in the sweetest way imaginable, writing, “We’ll always be islands in the stream.”

You always need a good friend to lift you up, tell you the truth and if you're lucky, sing a song with! I can always count on my dear friend @_Kennyrogers to make me smile, and I want to wish him a very happy birthday today! We'll always be islands in the stream! ? ❤️

She echoed those same feelings in her post on Twitter, noting how not much has changed with her and Rogers over the many decades they’ve been friends.

“I smile every time we get together…” she wrote.

Throughout the years not much has changed with me and @_KennyRogers friendship. I smile every time we get together, and I want to wish the other island in the stream a very happy birthday today! ?❤️ pic.twitter.com/6lNtbdVMH8

Parton once again noted how much Rogers makes her smile in her Facebook post. But this message was perhaps the most unique. That’s because in addition to naming “Islands in the Stream,” Parton also referred to one of their more recent duets, “You Can’t Make Old Friends.”

“You can’t make old friends, that’s for sure!” Parton wrote. “Happy Birthday to my dear friend and the other island in the stream!”

Y'all ever have a friend that could make you smile just by looking at you? Well, that's how it's always been with me and…

We’re sure Rogers sincerely appreciated all of the kind words Parton wrote on his birthday. What she had to say was true…you really can’t make old friends.