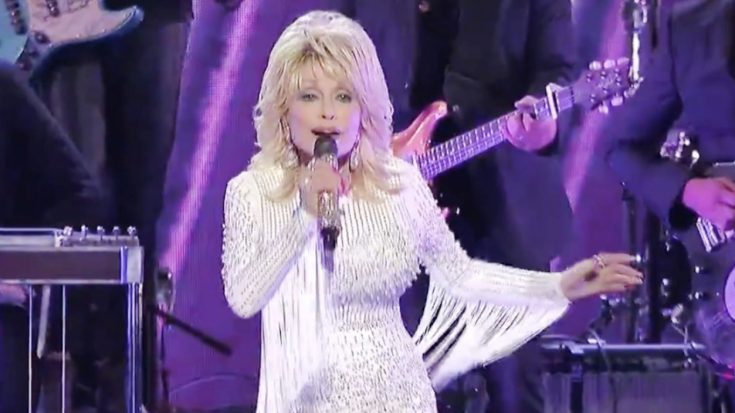 Not only did Dolly Parton host the 53rd Annual CMA Awards, she also performed, too!

One of the songs she sang is Parton’s version of “God Only Knows” with for KING & COUNTRY, which they released on August 29, 2019.

In October 2019, Parton teamed up with Williams for a duet on his Rescue Story album called “There Was Jesus,” which she also performed.

Parton also performed “Faith,” a new collaboration she did with Galantiz and Mr. Probz.

The medley of songs began with a powerful rendition of “God Only Knows” with for KING & COUNTRY. The harmonies alone could give you chills!

Williams then came out to perform “There Was Jesus” with her, then she performed “Faith” solo – but with a choir backing her up! She ended the performance by saying, “Praise God!”