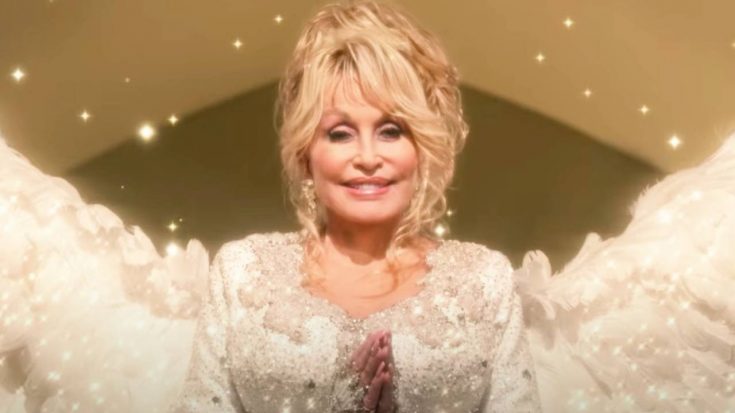 Christmas is coming a little early this year!

On November 22, Dolly Parton’s latest Netflix movie will be released to the streaming service. Titled Christmas on the Square, the musical will feature 14 original songs written by Parton herself.

The country legend announced the project on Facebook on September 29. She revealed that it was directed by the legendary Debbie Allen and stars Christine Baranski, Jenifer Lewis, and “many other talented folks.”

“Christmas on the Square'' is more than just a song…it’s also a musical! Watch my newest movie, directed by Debbie…

The movie poster also features Treat Williams, who got his start in the movie musical Hair in 1979, as well as several other familiar faces.

On October 22, exactly one month before the movie’s premiere date, Netflix dropped the trailer and it looks so good! Dolly is playing an actual angel trying to guide Baranski’s character into being a better person.

According to Variety, Baranski plays a rich woman named Regina Fuller, who “returns to her hometown after her father’s death to evict the townspeople and sell the land to a mall developer.”

Thanks to a little Christmas magic, with help from angel Dolly, Baranski’s character seems to have a change of heart in the trailer, but we will have to tune in to see how it all plays out!