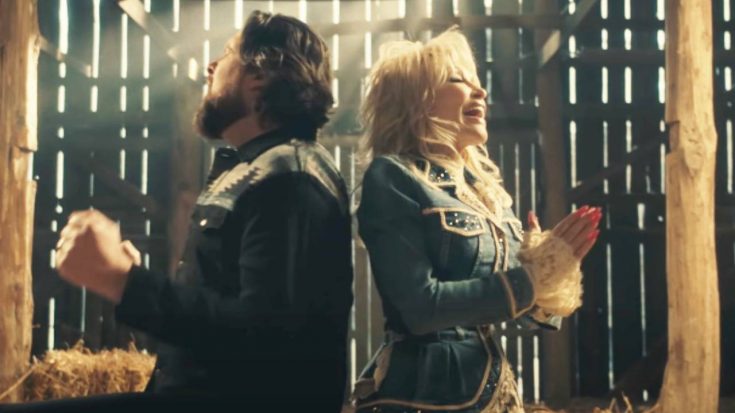 In the second half of 2019, country legend Dolly Parton collaborated with a few different Christian artists.

Her first came in August when she and the brother duo for KING & COUNTRY released a song titled “God Only Knows,” along with an accompanying music video.

Her next collaboration was with Christian singer Zach Williams for a song titled “There Was Jesus” off his album Rescue Story. The song dropped in October 2019.

She brought these two songs to the stage, as well as another one titled “Faith,” at the 53rd Annual CMA Awards in 2019, which she also co-hosted.

The medley of songs began with a powerful rendition of “God Only Knows” with for KING & COUNTRY. The harmonies alone could give you chills. Williams then came out to perform “There Was Jesus” with her, then she performed “Faith” solo – but with a choir backing her up! She ended the performance by saying, “Praise God!”

Five months after their CMA Awards collaboration, Parton and Williams released the official music video for their powerful song. The country legend promoted the video on her social media pages saying, “I am so proud to be a part of this song and video.”

I am so proud to be a part of this song and video. Check out #ThereWasJesus with @zachwilliamsmusic now at the link in my bio ❤️

The video tells a few different stories with footage of Williams and Parton singing back-to-back in a barn. The song – and video – explain that Jesus will always be there when we need Him.

Watch the powerful video below.