Did You Know A “Gunsmoke” Legend Has A Role On “Yellowstone”? 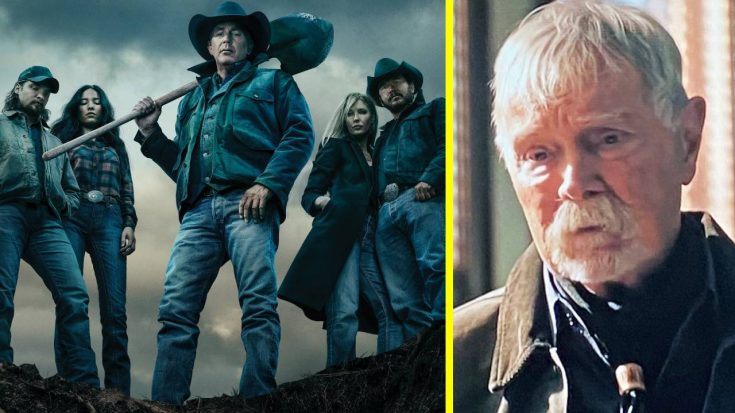 The show Gunsmoke ran for a historic 20 years from September 10, 1955, to March 31, 1975 with a total of 635 episodes. The show was the longest-running primetime, live-action television series at 20 seasons, until September 2019 with the 21st-season premiere of Law & Order: Special Victims Unit.

The very first episode of Gunsmoke was introduced by John Wayne who said he’d wished he’d been in the show.

Throughout the show, James Arness, who played U.S. Marshal Matt Dillon, and Milburn Stone, who played Dr. Galen “Doc” Adams, were the two actors who were on the entirety of the show. Other cast members came and went. In 1967, an actor named Walter Clarence Taylor III, better known as Buck Taylor, joined the cast until the finale in 1975. He played gunsmith Newly O’Brien who eventually became a deputy marshal.

After Gunsmoke, Taylor acted in many more movies including the Westerns Tombstone, The Legend of the Lone Ranger, Cattle Annie and Little Britches. He also reprised his role as Newly O’Brien in the 1985 TV movie Gunsmoke: Return to Dodge.

He is actually back on a television show for the first time since 1985, and at 83 years old!

Taylor has played the recurring character of Emmett Walsh on the hit Paramount Network show Yellowstone since 2018. Emmett is a fellow rancher in Montana who encouraged Kayce Dutton to take the job of Livestock Commissioner. He came back in Season 4 with a storyline beginning in Episode 3, titled “Unhappy Trails.”

Emmett comes to Kayce after exhausting all his options on dealing with his new neighbor, a Californian. the neighbor put out cattle guards on Emmett’s easement, forcing him to shell out money he doesn’t have to transport his cattle so they can graze.

And Emmett Walsh is played by the one and only Buck Taylor. #YellowstoneTV pic.twitter.com/1aK0uhY480

Taylor himself announced his return to the show on his Facebook page, writing, “SPOT YOURS TRULY as the Seasoned Ranch Hand, Emmett Walsh, on the Dutton Ranch in special episodes of Season 4 this Fall.”

So nice to see him on TV again!