Daughter Of “Bonanza” Actor Michael Landon Is An Actress On “Yellowstone” 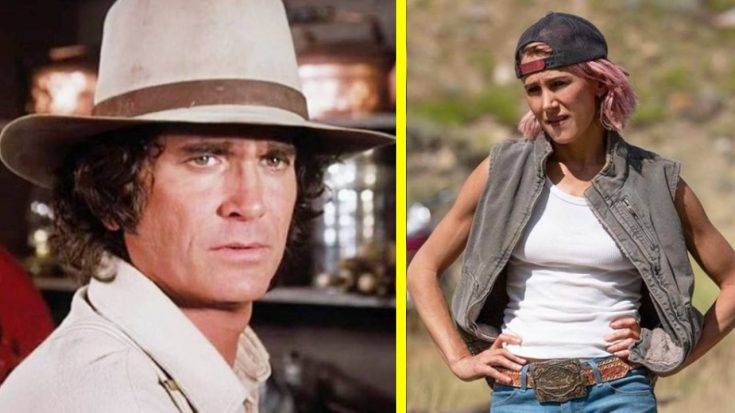 He is such a legend in the television world that only one person graced the cover of TV Guide more times than him – Lucille Ball. Now that’s good company!

Michael passed away in 1991, leaving behind nine children from his three marriages. Several of his children followed in his footsteps, with one even landing a role on Little House of the Prairie! Thanks to Season 3 of the wildly popular Paramount Network TV show, Yellowstone, we have now met his youngest daughter, Jennifer.

She was born on August 29, 1983 to Michael and his third wife, Cindy Clerico, who was a makeup artist on Little House of the Prairie.

Michael Landon’s daughter, Jennifer Landon, opens up about her Little House on the Prairie dad and how despite his fame and fortune he was devoted to being the best father he could be to his nine children. https://t.co/8Nj0rxCWxX … https://t.co/WOv3mRcKl6 pic.twitter.com/kmjbjoeSDh

Jennifer joined the Yellowstone cast during Season Three, playing the character Teeter, a tobacco-chewing, female ranch hand who has a thick Southern accent.

Last week we learned what happens when you call Teeter a hick. What mayhem is in store for episode 5 of Yellowstone? I can’t say much, but @hassieharrison is gonna help us find out. @yellowstone @paramountnetwork #yellowstonetv #yellowstonepark

In the beginning of Season 3, Kevin Costner’s John Dutton instructed his men to hire a female ranch hand who was ugly, mean, or both, so the male ranch hands wouldn’t be distracted with a romantic relationship – and they found Teeter, who has been a sense of comic relief in the normal drama-filled series.

After watching Teeter hold her own against the tough ranch hands, we wondered who she was in real life, and we were surprised to discover she is television royalty. Being the daughter of a legend, she has big shoes to fill and if her role on Yellowstone says anything about her already impressive career, she’s making him proud!

Prior to her work on Yellowstone, Jennifer starred on the CBS soap opera As the World Turns and won three Daytime Emmys for her portrayal of Gwen Norbeck Munson. She even worked with her father twice – once on the series finale of Highway to Heaven when she was five years old and on the TV movie Us, which was actually filmed as a pilot to a TV series, but Michael passed away before more episodes came to fruition.

Watch the video below, where we get to know Jennifer and her Yellowstone character Teeter.