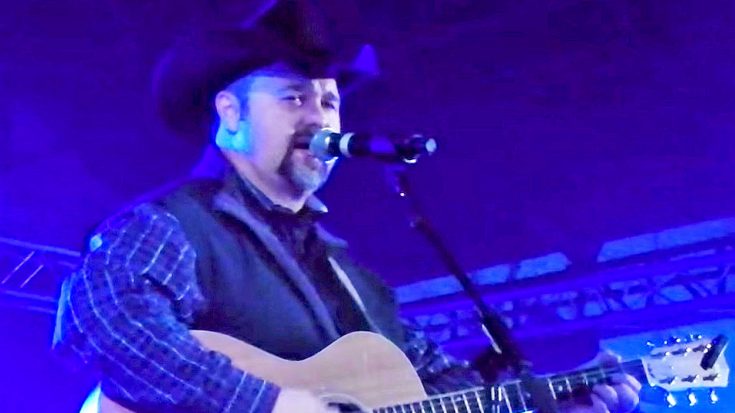 One Of Country’s Greatest Leaves This World Too Soon

After the news broke that traditional country artist Daryle Singletary passed away on February 12, 2018, the country music community was left in shock.

McAplin Entertainment was the source that confirmed the news, writing, “Completely heartbroken to learn of the passing of our friend Daryle Singletary this morning.“

Singletary was admired by artists young and old for his pure country sound and devotion to the classics.

While the earlier years of his career were dedicated to his own music, Singletary focused on cover material throughout the early 2000s.

He released a total of three cover albums during that time, all of which contained his renditions of some of the most beloved country classics.

It was Singletary’s 2002 album That’s Why I Sing This Way that featured a cover of one of Conway Twitty‘s most well-known songs, “I’d Love to Lay You Down.”

Released by Twitty in 1980, the song caused a bit of a stir for its sexy subject matter. But Twitty was no stranger to releasing risque tracks, and they had always performed well for him in the past.

“I’d Love to Lay You Down” was another major success for Twitty, as the song claimed the top spot on the country charts in both the U.S. and Canada.

The only other artist to ever land the song on the charts was none other than Singletary, who released his rendition as a single in 2002. The song made a decent showing on the Hot Country Songs chart, where it peaked at the 43rd spot.

Over a decade later, Singletary was still including “I’d Love to Lay You Down” in his concert sets. There happens to be a video of him singing the song during a concert in France of all places!

Singletary’s talent shines in the video, as he takes on Twitty’s classic track in a way that only few have been able to master. When you’re dealing with someone as legendary as Twitty, there’s a lot of pressure to get it right, and Singletary definitely did.

While the video certainly showcases Singletary’s raw talent, it places an even brighter spotlight on his love for classic country music. You can tell from the unwavering smile on his face that he was truly passionate about what he was singing. That kind of passion is something that can’t be taught, it’s found in the heart.

You can tune in to the clip below to catch Singletary’s outstanding cover of “I’d Love to Lay You Down.” We still can’t believe he’s gone…