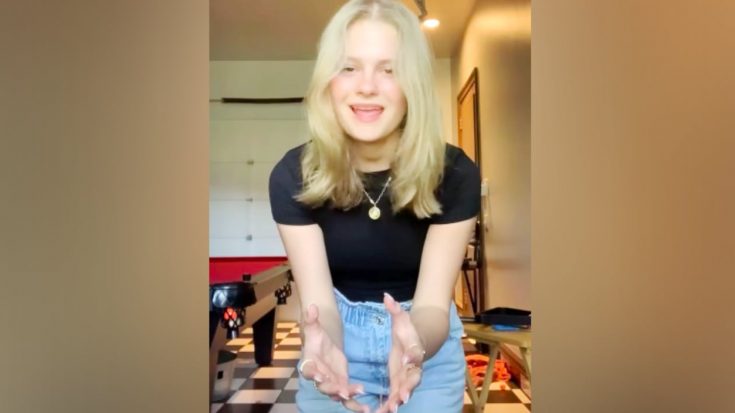 The song “Make You Feel My Love” has been recorded by many iconic artists. It was written by Bob Dylan, but was first released by Billy Joel in 1997. Bob released his own recording later that same year.

“Make You Feel My Love” gained a country music connection when Garth Brooks released his rendition in 1998. His recording became a #1 country hit and also reached the eighth position on the Adult Contemporary chart.

Another notable version of “Make You Feel My Love” was recorded by Adele. She released her cover in 2008.

Since Adele’s rendition is more recent, it’s the one many people think of when the song comes to mind. It’s the rendition young ventriloquist and singer Darci Lynne Farmer called “a beautiful song,” when she covered it herself.

Darci rose to fame after winning Season 12 of America’s Got Talent at the age of 12. She is known for her elaborate musical performances, during which she sings in character as one of her puppets…all without moving her lips.

Now 17 years old, Darci has given her fans a few chances to hear her natural singing voice. She ditched her puppets for her a cappella cover of “Make You Feel My Love,” which she filmed and shared on social media.

The video shows Darci singing in what appears to be a garage. She has shared other videos from this room before, so she must like the acoustics in there!

Darci poured her heart into her rendition of “Make You Feel My Love,” and soared through each note with an effortless ease. Prepare to be amazed when you watch her performance in the video below.

We love watching Darci sing as her puppets, but also love when she chooses to sing in her natural voice. She is talented beyond belief!