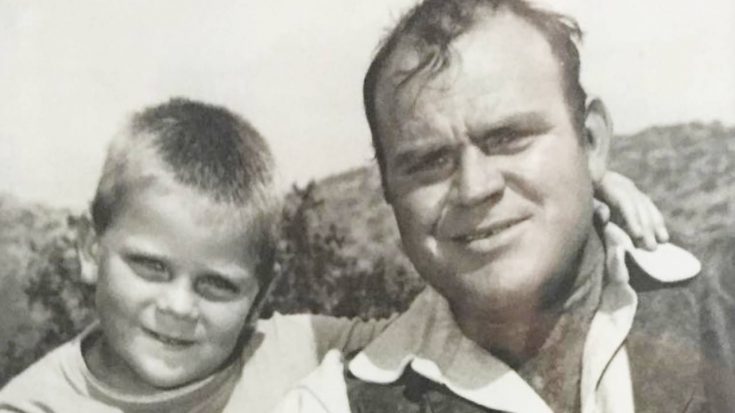 The show was a little different than other westerns, focusing more on Ben and his sons, who could not be more different from each other, and how much they cared for each other.

One of the most beloved characters on Bonanza was Hoss, who was a warm and lovable giant. Played by actor Dan Blocker – who stood at six-foot-four, and weighed 320 pounds – he was just as loved as his character. The crew said he was the “least actor-ish as well as the most likeable” cast member on set, according to the book Bonanza: A Viewer’s Guide to the TV Legend.

Blocker unexpectedly passed away in 1972 at the age of 43 from a pulmonary embolism following surgery to remove his gall bladder. Bonanza chose to kill off his character following his death, marking the first time ever that a television show killed off a major young male character.

Dan Blocker, aka”Hoss,” was drafted into the United States Army during the Korean War. He had basic training at Fort Polk, Louisiana. He is best remembered for his role as Hoss Cartwright in #Bonanza. He received a Purple Heart for wounds in combat. pic.twitter.com/5yoG4xamsC

He left behind a wife, Dolphia, and four children, one of which followed his footsteps and became an actor himself.

His name is Dennis Dirk Blocker, but goes by Dirk – and he looks JUST like his dad. Dirk most recently starred as the hilarious Detective Hitchcock on the NBC comedy Brooklyn Nine-Nine, but he has had a long career in show business. His credits range from Baa Baa Black Sheep, to Poltergeist, to Walker, Texas Ranger, and even made an appearance in the TV movie Bonanza: The Return, just to name a few.

We wouldn't expect anything less from Hitchcock. pic.twitter.com/nqFPCI659V

Dirk also acted alongside his father’s Bonanza co-star Michael Landon in a Little House on the Prairie movie.

Looks like Dirk Blocker, son of the late Dan Blocker, will appear in Michael Landon's "Little House on the Prairie" in November. He'll portray illiterate Abel MacKay. Dirk has a strong resemblance to his dad, who played "Hoss" on Bonanza. pic.twitter.com/OLeFoG3N5L

In honor of what would have been Dan Blocker’s 93rd birthday, Dirk took to Twitter to pay tribute to his father and shared a rare photo of him.

“Thinking of you today, pop. Hardly a day goes by when I’m not influenced by you despite our relatively short time together. If you have a loving relationship with a parent, or parents, reach out to them for no other reason than to let them know how you feel,” he wrote.

Dirk was just 14 years old when his father passed away. He also added that you should reach out to anyone who “filled in” that parental role. See the sweet tribute below.

Thinking of you today, pop. Hardly a day goes by when I'm not influenced by you despite our relatively short time together. If you have a loving relationship with a parent, or parents, reach out to them for no other reason than to let them know how you feel. pic.twitter.com/gklMMbHw4X