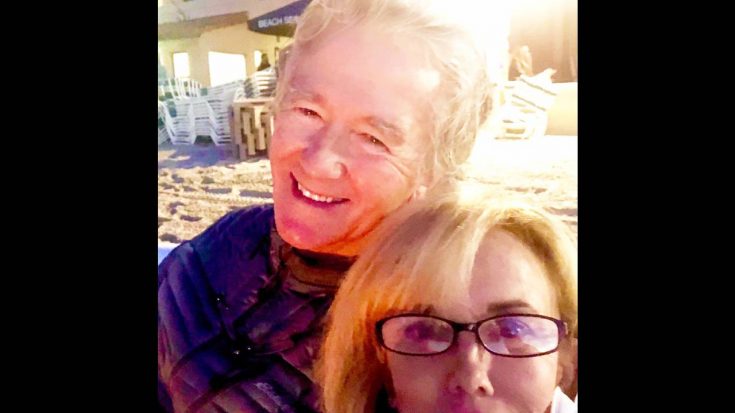 In 2020, we found out that Dallas star Patrick Duffy had a new leading lady in his life, three years after his wife passed away.

“I’m in an incredibly happy relationship,” he told PEOPLE. “I never thought for a minute this would happen again. I never thought I’d feel this way again.”

The woman he found love with is Happy Days actress Linda Purl.

Purl had a main role in Season 10 of the sitcom, playing Fonzie’s girlfriend Ashley Pfister. Coincidentally, Linda also played a character named Gloria in Season 2, who was Richie’s on-and-off girlfriend for a few episodes.

Fonzie (Henry Winkler) and Ashley Pfister (Linda Purl), a divorcee and mom of a 6 yr old girl, who becomes his steady girlfriend. 1982 pic.twitter.com/vq33qDhBfv

Purl and Duffy have been casual friends for years and during the pandemic, they were in a group text with several other mutual friends. Over time, more and more people stopped replying and it was just the two of them and feelings were growing.

Duffy said, “I loaded up my car and drove 20 hours and ended up on her doorstep just to see if it was real. We haven’t been apart since.”

The first social media post of them together was actually way back on August 22, 2020!

A few weeks after he went public with their relationship, he gushed over his new lady love. Since they have both been in love before, he says he doesn’t feel like a giddy teenager in love.

“We’re not covering any ground that has not been trodden in both our lives for years and years,” he told Page Six. “For me, it’s not a do-over, it’s a do-again because the first one was perfect and this one is also perfect. We get a do-again, but we’re not teenagers so we kind of enter it knowing what’s expected and what to give and to respect each other’s history and individualism. It’s worked out, I can’t tell you how happy I am.”

And the feeling is mutual. Purl recently shared a photo on social media with the caption, “Grateful for this beautiful soul.”

Purl shared a photo of herself and Duffy on the beach with the caption,”Here comes the season. All it’s [sic] joys to you and yours.”

We love seeing these two together!