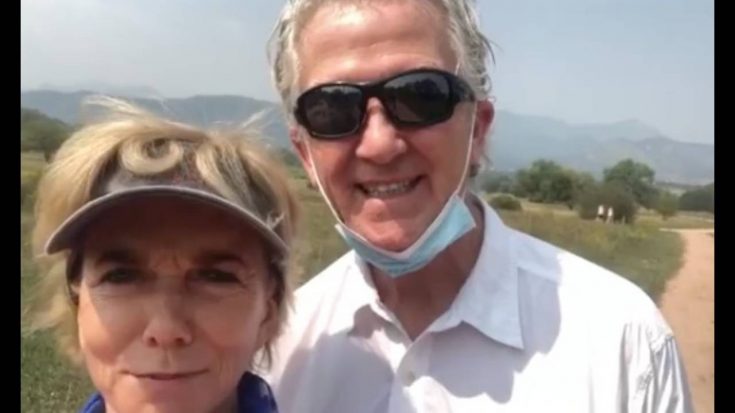 Patrick married ballet dancer Carlyn Rosser in 1974 and they had two children together. After she passed away in 2017 from cancer, he never thought he’d be in a relationship again, but he revealed in an interview with PEOPLE Magazine that he is. And we know who she is!

“I’m in an incredibly happy relationship,” he told PEOPLE. “I never thought for a minute this would happen again. I never thought I’d feel this way again.”

The 71-year-old actor, who is set to appear in a new Lifetime Christmas movie titled People Presents: Once Upon a Main Street, is dating Happy Days actress Linda Purl!

Purl had a main role in Season 10 of the sitcom, playing Fonzie’s girlfriend Ashley Pfister. Coincidentally, Linda also played a character named Gloria in Season 2, who was Richie’s on-and-off girlfriend for a few episodes.

Fonzie (Henry Winkler) and Ashley Pfister (Linda Purl), a divorcee and mom of a 6 yr old girl, who becomes his steady girlfriend. 1982 pic.twitter.com/vq33qDhBfv

The two have been casual friends for years and during the pandemic, were in a group text with several other mutual friends. Over time, more and more people stopped replying and it was just the two of them and feelings were growing.

Patrick said, “I loaded up my car and drove 20 hours and ended up on her doorstep just to see if it was real. We haven’t been apart since.”

The first social media post of them together was actually way back on August 22, so things must be going well!

Patrick told PEOPLE that he’d gotten used to his life as a widower, so falling in love, especially during a pandemic was completely unexpected.

It’s clear Patrick and Linda have a great time together! Watch Patrick prepare a lobster dinner for them below.