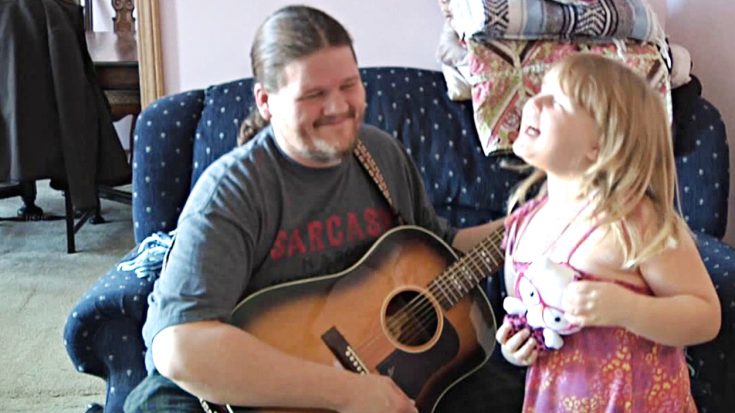 Dolly Parton’s “Coat of Many Colors” has been covered by a multitude of experienced artists with impressing talent. Still, it is always a gem to find a young fan who is willing to step up to the plate and knock the song out of the park.

In 1971, Dolly released her hit song “Coat of Many Colors.” The song quickly found its way into the hearts of fans everywhere as it taught us to appreciate the important things in life. Dolly herself has even claimed it is her favorite song that she has written.

Dolly Parton recorded the autobiographical, “Coat Of Many Colors” on this day in 1971. Is this your favorite Dolly Parton song? #dollyparton #dolly #coatofmanycolors

Inspiration For Any Generation

Dolly took her classic song a few steps forward and created a children’s book out of the twangy tune – giving the next generation the same beautiful advice she gave her own. And that’s not all, Dolly also named her autobiographical film after the song, appropriately titling it, Dolly Parton’s Coat of Many Colors.

.@DollyParton's "Coat of Many Colors" is the perfect way to teach your little one that family & love are the most important things. RT if this is one of your child's favorite books. #ReadMore pic.twitter.com/qTnV6rzKWH

Since Dolly first released the song, many children have related to the story behind “Coat of Many Colors.” One artist, in particular, got the chance to play with Dolly on stage during an Oprah special. Having grown up with her own handful of hardships, country music star Shania Twain had always looked up Dolly’s kind heart and resilience.

So when little Libby Thacker was growing up, she fell in love with the world of Dolly and the songs she created. At only 5 years old, she belts out Dolly’s hit song with the help of her dad playing backup guitar.

In a pink sundress and her golden locks, she began to serenade alongside her dad’s strumming. Her father even joined her for some harmonies on the chorus for the ultimate daddy-daughter duet. Not to mention, how proud he looked the whole time!

You can watch the sweet moment between this duo below.