Craig Morgan Honors Late Son With ‘The Father, My Son, And The Holy Ghost’ On TODAY 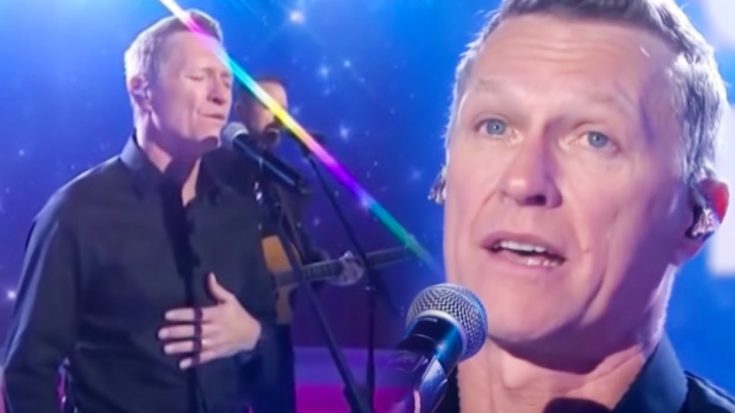 Craig Morgan suffered an unthinkable loss, but out of that loss, he created one powerful song.

In 2016, Craig’s entire world was turned upside down when his 19-year-old son, Jerry, was involved in a tubing accident on Kentucky Lake in Tennessee. Jerry passed away as a result of the accident.

Craig Morgan releases statement on the loss of his son, Jerry, who drowned in a boating accident earlier this month. pic.twitter.com/oCL2iFImeE

Craig relied on his faith to help him cope with the loss of his beloved son. One night, that strong faith made him wake up mid-sleep and start writing a song.

“It was 2:30 in the morning and there I was – singing the entire chorus in my head before I even woke up enough to put the words down on paper.” Craig told People.

He toyed with the idea of going back to sleep, but something told him to get up and write the song before he forgot any of it. That song became what we now know as “The Father, My Son, and the Holy Ghost.”

The public first got the chance to hear the song when Craig debuted it at the Grand Ole Opry in July. A video of his performance was published to the Opry YouTube channel in September.

The song touched millions of people, including Craig’s good friend, Blake Shelton. Shelton took it upon himself to get the song to the #1 spot on iTunes, even if it meant that his own single would have to be pushed down in the process.

Sure enough, the song topped the country and all-genre charts.

Shelton and Morgan reunited for the first time since the song’s release on the set of The Kelly Clarkson Show. During that show, Morgan sang “The Father, My Son, and the Holy Ghost,” bringing Shelton, Clarkson, and the entire audience to tears.

Morgan delivered yet another emotional rendition of the song when he appeared on TODAY on Tuesday (November 12).

“It’s not a song that I enjoy singing. But I do see that it’s important that I do this,” Craig told hosts Hoda Kotb and Jenna Bush Hager. “I’m a big believer and I think this is what God wants me to do, so I’m doing it in spite of the pain.”

He then moved into singing, and by the end he had Hoda and Jenna in tears. Go ahead and watch his touching TODAY performance of “The Father, My Son, and the Holy Ghost” below.

This song has moved so many people, and will continue to do so.