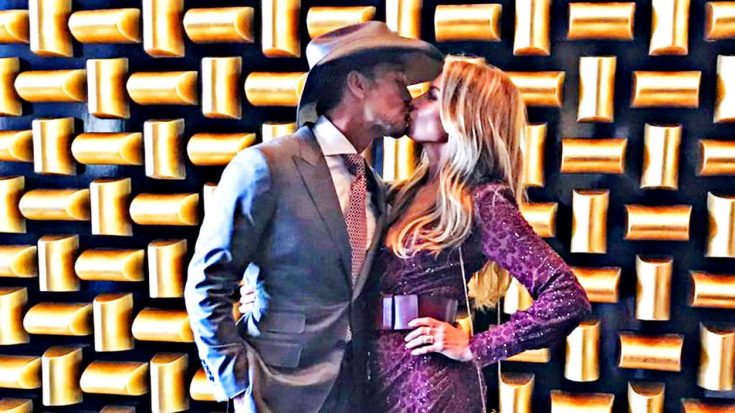 One of country music’s most-famous power couples celebrated their 23rd wedding anniversary on October 6, 2019…and while they couldn’t be physically together, they each tried to make it special in some way.

Tim McGraw and Faith Hill first met way back in the mid-90s while on tour together. Faith was opening for him on tour and the sparks between them were undeniable.

Now, more than two decades later, and three grown daughters, Tim and Faith are still keeping that spark alive – with even little things that show just how much they love one another.

Sitting down with Kelly Clarkson for her namesake daytime talk show, Tim McGraw revealed how he was able to make Faith’s anniversary special…even though he was thousands of miles away.

“I was in Australia, I think, this was the first anniversary we were apart. We were backstage and I recorded the very first song we ever did together,” he told Kelly with a beaming smile.

“We did the Spontaneous Combustion Tour where we met when she was opening for me on my very first headlining tour, and we used to do the Tony Rich song ‘Nobody Knows It But Me.’ So I recorded it backstage with the guys and sent it to her.”

Tim and Faith used to sing that song on tour every night when they first met, and a beautiful recording of them singing still exists.

Watch both his full interview with Kelly Clarkson below along with the audio track of “Nobody Knows It But Me.”