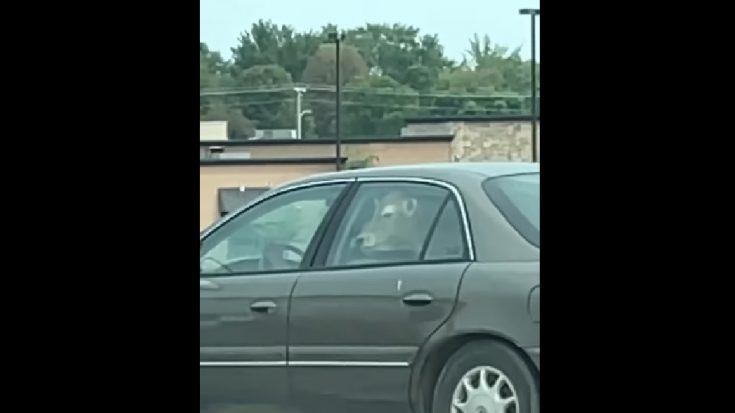 A Wisconsin woman got a surprise (and a laugh) during a recent trip to McDonald’s when she spotted a cow in the backseat of a car in front of her.

Jessica Nelson of Mosinee, Wisconsin, was waiting in line for her turn to order when she saw what she thought was a decal of a cow on a back seat window of a car waiting in line ahead of her. But, when the “decal” moved she realized that it was in fact a real cow in the car.

“I thought it was fake at first. Who puts a cow in a Buick?” she told The Associated Press. “Then its whole head moved.”

Nelson pulled out her camera and began to film the scene.

“I just took the video of it because I was blown away there was a cow in the back of a Buick,” she said.

“Eat chicken, not beef,” one person commented. Another wrote, “Wonder what they ordered for lunch…”

Nelson said in the comments that she had been contacted by the family of the driver who informed her that the cow was actually a calf and that there were a total of three calves in the back seat. The trio had just been purchased at auction and were on their way to their new home.

See the video below.