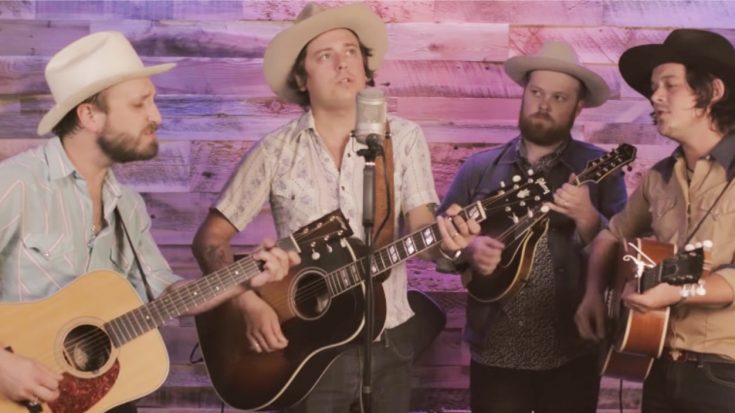 In terms of country duos, few have ever been able to compete with Brooks & Dunn. During their heyday in the 1990s and early 2000s, the duo raked in one chart-topping hit after the next, making them one of the leading artists of their era.

Brooks & Dunn’s legacy has been cemented through those hits, including “Neon Moon.” Released in 1992, the song about a lonesome man who lost the woman he loved was written entirely by the duo’s Ronnie Dunn.

Dunn’s songwriting talent, combined with his vocal performance on the record and Kix Brooks‘ harmonies, resulted in a mournful song that hit country fans straight in the heart. The song was a huge chart success, topping the country charts in both the U.S. and Canada.

By the time 1992 ended, “Neon Moon” ranked as the ninth best-performing country song of the year according to Billboard.

Out of Brooks & Dunn’s many hits, “Neon Moon” is definitely one of the most timeless. So it should come as no surprise that it is also one of the duo’s most frequently covered tracks.

It’s a song that country/rock band The Wild Feathers has covered in the recent past, first releasing their rendition on their YouTube channel in June.

So when the group gathered at the Grand Ole Opry for their debut performance at the famed venue, they took some time backstage to honor the greats who came before them by playing “Neon Moon.”

Keeping It Real, But Still Making A Change

If y’all recall, Brooks & Dunn’s original version of the song has subtle instrumentals in the background. You hear a steel guitar here and there and some other gentle instruments, but that’s it.

By ditching excessive production and heavy sound, “Neon Moon” gave Dunn’s voice the chance to stand out. Because of this, the heartbreaking lyrics pack an even stronger punch, as they come across in a more personal way.

Wanting to honor the way Brooks & Dunn originally recorded the track, The Wild Feathers opted to perform an all-acoustic cover of “Neon Moon.” This gave their rendition the same sense of authenticity that made the original so famous.

The one change the group made was the addition of a second harmony vocalist. Rather than have just one person sing harmony, two group members joined in, creating a pleasing sound that will be music to your ears.

Go ahead and check out this talented group’s rendition of “Neon Moon” below. They’ve got the voices for iconic country songs like this!