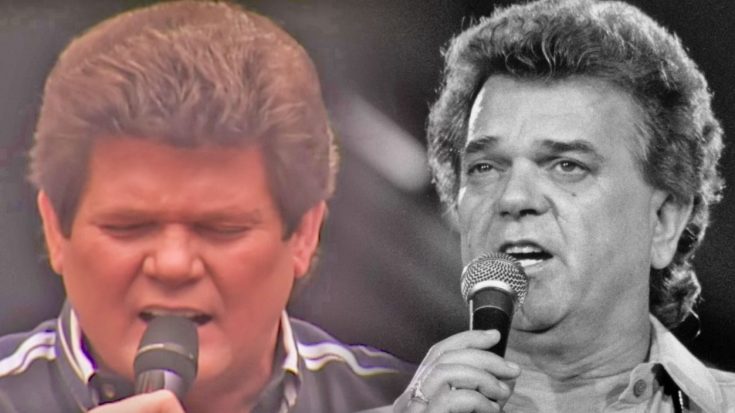 There is no way you can replace someone like Conway Twitty. He is a country music legend that is a member of the Country and Rockabilly Halls of Fame and had a one-in-a-million type of talent. His son, Michael, has worked extremely hard to keep his dad’s legacy alive by traveling the country singing his music.

Performing on Country’s Family Reunion in front of several legends including Bill Anderson, Michael immortalized his legendary father with an outstanding cover of his signature song, “Hello Darlin’.”

Not even a second after Michael spoke the opening “Hello, Darlin‘” line, his peers erupted in cheers, knowing they were in store for a treat. His heartfelt rendition of the classic country song is incredibly moving and might even bring a tear to your eye.

This response is actually pretty normal for whenever anyone covers this song, seeing as hardly anyone sings Conway Twitty songs nowadays! With the exception of Michael and Scotty McCreery, sadly the list is pretty short.

“Hello Darlin’” was released in March 1970 as the first single of Conway’s album of the same name. It quickly became his fourth No. 1 song on Billboard’s country charts, and a concert staple until the day he died.

Watch Michael’s tribute to his dad below.