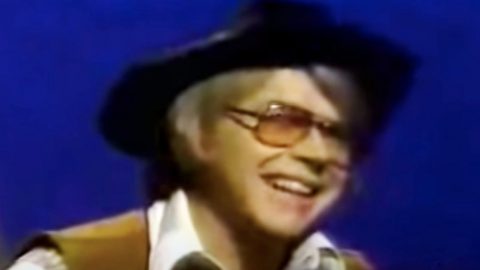 McCall, whose real name was William Dale Fries Jr., was born in Iowa in 1928. He rose to fame in 1975 when he released “Convoy” off of his sophomore album Black Bear Road. McCall co-wrote the song with Chip Davis.

“Convoy” later inspired the Kris Kristofferson movie of the same title. A new version of the song was written for the film.

McCall expanded on the “Convoy” world when he released a sequel song in 1976 called “‘Round the World with the Rubber Duck.” The song reached the 40th spot on the Hot Country Songs chart.

Some other songs McCall was known for included the Top 20 hits “Wolf Creek Press,” “Classified,” and “Roses for Mama.”

On top of being a country music artist, McCall was also a politician. He served as the mayor of Ouray, Colorado for six years before leaving office in 1992.

In February 2022, McCall called in to the Drew & Mike Show podcast. He shared that he was battling cancer and had entered hospice care:

“We have a deal here now where I have nurses on-call at home. I don’t have to go to hospitals. It’s a hospice service here locally from Montrose, Colo,” he said.

Sadly, McCall passed away not long after he called in to the Drew & Mike Show. The Washington Post confirmed with McCall’s son, Bill Fries III, that he passed away on Friday (April 1).

Our thoughts and prayers go out to McCall’s family during this sad time. May he rest in peace.