LISTEN: Clint Eastwood Was a Professional Singer In Between ‘Rawhide’ Shoots 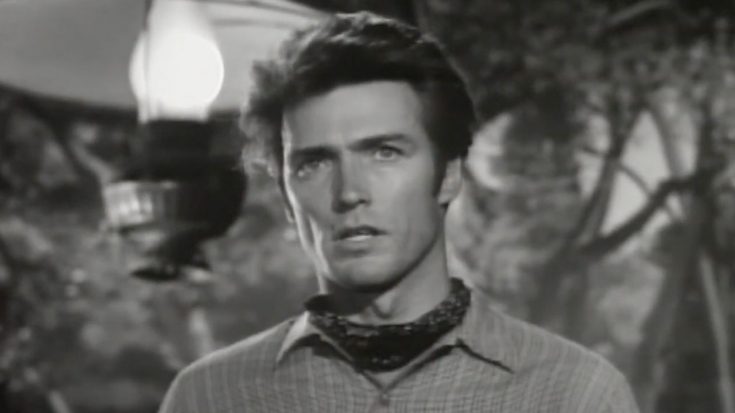 When one thinks of Clint Eastwood, generally what comes to mind is a gritty, and tough cowboy dishing out justice. Even though his career in TV and movies has spanned decades, many people are unaware that Eastwood was in a musical duo with co-star Paul Brinegar while shooting the popular TV series Rawhide.

In 1965, Eastwood recorded a track for All the Hits with All the Stars, Vol. 4, part of a series of compilations albums featuring celebrities singing popular songs. In addition to that venture, he had cut an entire album a few years prior called Cowboy Favorites. He even sang a number called “Rowdy,” in reference to his Rawhide character.

When Rawhide took a break from filming, Eastwood and Brinegar would often team up to perform at rodeos and state fairs for the mere price of $15,000 a performance.

Eastwood and Brinegar were frequently joined by fellow Rawhide star, Sheb Wooley, who was perhaps the most musical member of the group. Wooley had in fact scored a No. 1 hit with his song, “The Purple People Eater.”

Eastwood’s musical talent made it onto his Westerns too. In the Rawhide episode called, “Incident of the Hostages,” Rowdy strums a guitar and sings his signature song, “Rowdy.” A season earlier, he stood on a stage and beautifully sang “Beyond the Sun” in “The Pitchwagon.”

Watch Eastwood sing “Beyond the Sun” in the video below.