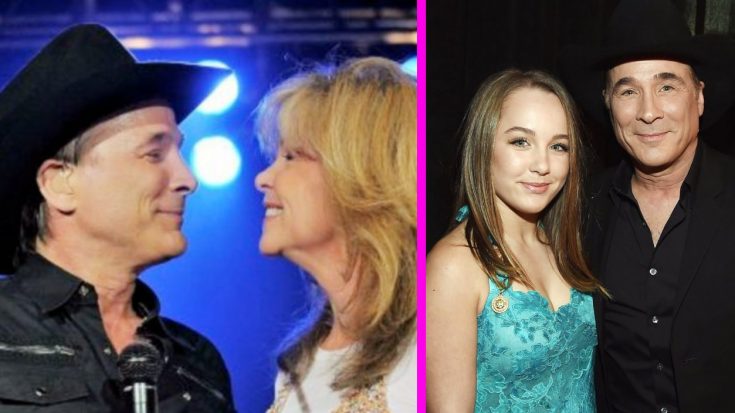 Clint Black and Lisa Hartman Black have lived a love story worth admiring. It’s a story that started back in 1990 when Lisa and her mother went to one of Clint’s shows on New Year’s Eve.

The actress and singer got the chance to meet Clint after the show, and the two hit it off right away. They were married the following year during a gorgeous ceremony that took place in October.

Eight years after marrying, the couple released what has come to be known as one of the greatest country love songs of all time. Titled “When I Said I Do,” the duet has Clint and Lisa singing about the strength of their vows and how they intend to honor them for all time.

The song won over the hearts of country fans far and wide, and went on to win the award for Vocal Event of the Year at the 1999 ACM Awards.

Thanks to “When I Said I Do,” Clint and Lisa were able to call themselves both husband and wife and duet partners. Two years after the song’s release, they were able to add another label to their relationship…”parents.”

The couple welcomed their first and only child on May 8, 2001. Lisa gave birth to a beautiful baby girl, and they named her Lily Pearl Black.

Fans didn’t get the chance to see Clint and Lisa’s daughter that much as she was growing up. It was only within recent years that Clint started sharing more photos of her.

Lily has made a series of public debuts with her father. Clint shared in an interview with Santa Ynez Valley News that she is a student at Belmont University and is studying business and music.

Clint and Lisa’s fans have been able to see the couple’s daughter for the first time in years…and she is stunning. Just look at the below photo Clint shared of the two of them together in late 2018!

My daughter, Lily sounds fantastic on “Magical Christmas” from @LFCmusical premiering now at @TheOldGlobe through December 31st! Get your tickets: https://t.co/icyT6Bj5Ho pic.twitter.com/c5sg2sfQ5x

Lily Can Sing As Well

Lily is a beautiful young lady with an equally beautiful voice. She inherited her parents’ vocal talents, and is shaping up to be quite the singer herself.

In 2018, the teen made her recording debut alongside her father on a song called “Magical Christmas.” Speaking to CMT, Clint gushed about his daughter’s artistic talents, which go far beyond singing:

“Lily has been bitten by the bug,” Clint said. “She has always loved to perform, but recently she made a conscious decision to apply herself to developing her talents. We’re excited to see where it takes her. She loves to dance and act as well, but for me, her musical talents and the qualities of her voice suggest music will be her strength.”

“Magical Christmas” wasn’t the first time that Lily ever joined her dad to sing. In the summer of 2018 the “Killin’ Time” singer gushed about how his daughter came onstage at a concert and sang Carrie Underwood‘s “Temporary Home” in front of the packed crowd.

“She did a great job…not an easy song!” Clint wrote. And he’s right, “Temporary Home” is a tough song to pull off!

Lily later performed the same song during her Opry debut in 2020.

Great to have my daughter, Lily Pearl join me on stage last night in San Diego! She did a great job with @carrieunderwood’s “Temporary Home”! Not an easy song! pic.twitter.com/bCjfA6dLu5

A Lullaby For Clint’s Little Girl

While “Magical Christmas” is technically Lily’s recording debut as a singer, her voice has actually appeared on another one of her father’s records. She was just a few months old when she contributed some cries and other noises to his Greatest Hits II record, an album containing 12 previous recordings and four new ones.

One of the new songs he recorded was a sweet tune titled “Little Pearl and Lily’s Lullaby,” which he wrote for his daughter. You can give that song a listen below.

It’s hard to believe that this song was released when Lily was just a baby, and now she’s a beautiful young woman ready to take on the world. We can’t wait to see what she’s able to accomplish in life!