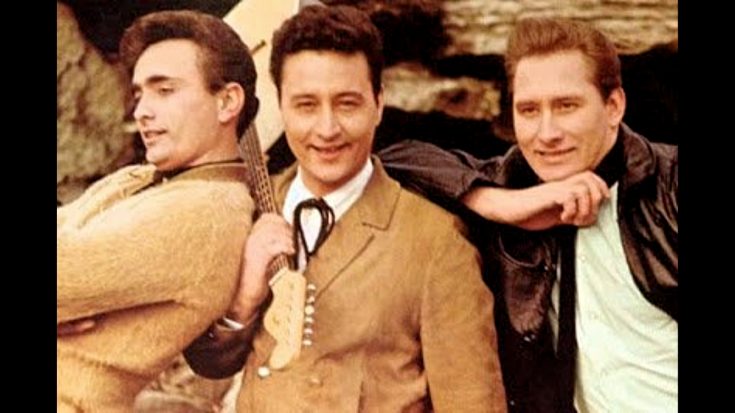 The last surviving member of superstar country music group The Glaser Brothers has passed away this week at the age of 83.

Chuck Glaser, who was the final remaining member of the trio, died just two months after his brother Jim Glaser, who passed on April 6th, 2019 – three years after Merle Haggard passed on that date.

Recommended December 9, 1972: Tompall and The Glaser Brothers "A Girl Like You" on MGM Records. This single would reach #46 on Billboard's Country Chart. pic.twitter.com/UHD27UwjOT

The third brother from the group, Thomas Paul Glaser, was known by his mononym Tompall and sadly passed in 2013 at the age of 79.

Tompall & The Glaser Brothers were known throughout the world as country music legends in both singing and songwriting. They even started their own publishing company in 1962 and took on songwriters who had been looked over by others. From this venture, they helped to create songs for Elvis Presley, Glen Campbell, Johnny Cash, and many more.

For decades, they performed together around the world, and eventually even opened their own recording studio. To say that they simply played a role in country music would be a massive understatement.

As longstanding Grand Ole Opry members, this trio reunited in 1990 for their final performance together in honor of Hank Snow. They had previously disbanded the group in 1982.

Watch their stunning final performance at the Opry below and join us in praying for the Glaser family during this very difficult time.

None of the Glaser brothers will ever be forgotten. They truly made their mark on this world.