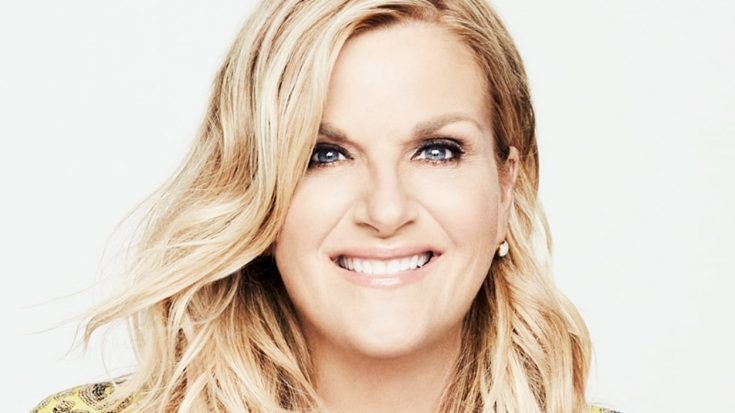 On June 6, Trisha Yearwood released a brand-new single, her first off of an upcoming album due for release later this year. The song, titled “Every Girl in This Town,” marked Yearwood’s first single release since 2015’s “I Remember You.”

In a statement, Yearwood described the song and its message. She says that it is a song of empowerment, and hopes it encourages women and girls to chase their wildest dreams.

“It inspires all of us to love who we are, keep dreaming, and give ourselves a break when we’re not perfect,” she said. “I hope fans see themselves in it too — I know I do. I also hope that boys and men think about their own ‘Every Girl’ and how special she is.”

Yearwood released a lyric video to accompany the song, which features some throwback photos of the singer from various stages of her life.

JUST ANNOUNCED! I'm appearing at #CMAfest as the Artist of the Day on THURSDAY and launching my new single “Every Girl in This Town” #EveryGirl! Join me in supporting the @cmafoundation & their mission to shape the next generation through high quality music education. Tickets start at just $10: CMAfest.com #TBT

Just five short days after “Every Girl in This Town” debuted, some huge news emerged.

As Digital Journal reports, in that short amount of time, Yearwood’s new single managed to make a major impact on the Billboard Hot Country Airplay chart. It debuted at the 21st spot on that chart, which was an accomplishment on its own.

But what makes the song’s high debut even more extraordinary is the fact that it is the highest debuting single by any female country artist in 2019. That means that no other female artist has released a single this year that has debuted as high as “Every Girl in This Town.”

"Every Girl in This Town" is the highest debut by a female in 2019 on the Billboard Hot Country Airplay charts" Congratulations, Trisha Yearwood and #EveryGirl! We’ve got this, baby! -Team TYhttps://t.co/78fY7kfqWD

On top of that, “Every Girl in This Town” achieved the fourth highest Country Airplay chart debut of any country single this year, and was the number one greatest gainer for the week of its release.

Once you hear Yearwood’s new song below, you’ll understand why it’s performing so well on the charts. It’s such a powerful song with a message that resonates with so many listeners.