Chris Stapleton Sings The Song He Wrote For George Strait 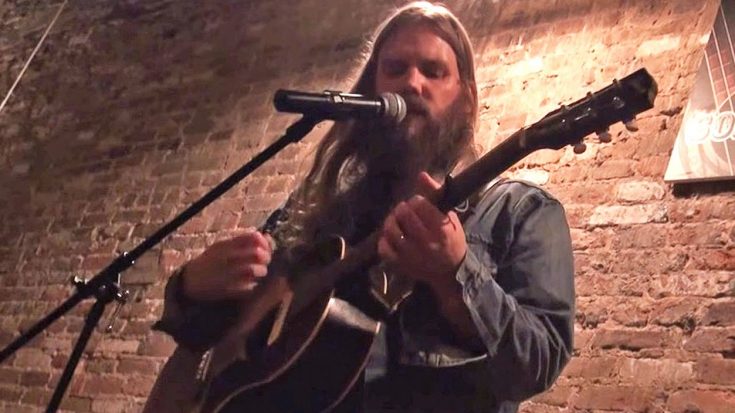 With more Top 10 hits under his belt than you could count, you could say that George Strait knows how to turn a song into a smash success.

While an artist delivers a song to the masses, no song would take off without good songwriting. This is something Strait knows well, which is why he always takes extra care to select the most well-written pieces out there.

One such song, called “Love’s Gonna Make It Alright,” was written by an incredibly skilled songwriting duo. Al Anderson, former lead guitarist of the rock band NRBQ, was one of the song’s co-writers. After leaving NRBQ, Anderson turned to writing country music. He’s since penned songs for popular artists such as Vince Gill and Trisha Yearwood, and wrote Tim McGraw‘s number one hit “The Cowboy in Me.”

The other co-writer on “Love’s Gonna Make It Alright” is a person we’re sure y’all know well by now. It was none other than Chris Stapleton, who has earned a reputation as one of the greatest songwriters in country music.

Stapleton’s solo career took off following his performance at the 2015 CMA Awards with Justin Timberlake. But he’s been performing for much longer than that, often putting his vocal skills on display at various songwriter showcase concerts.

One such concert took place in 2012, a year after Strait released his recording of “Love’s Gonna Make it Alright” as a single. The song peaked at the third spot on the charts, and was also a crossover hit.

To honor the success of the song he helped co-write, Stapleton performed “Love’s Gonna Make it Alright” at the showcase. With nothing but his voice and his guitar, Stapleton captivated the entire room with his passionate performance.

If you liked “Love’s Gonna Make it Alright” before, then you’ll really fall in love with it after you watch Stapleton sing it below!