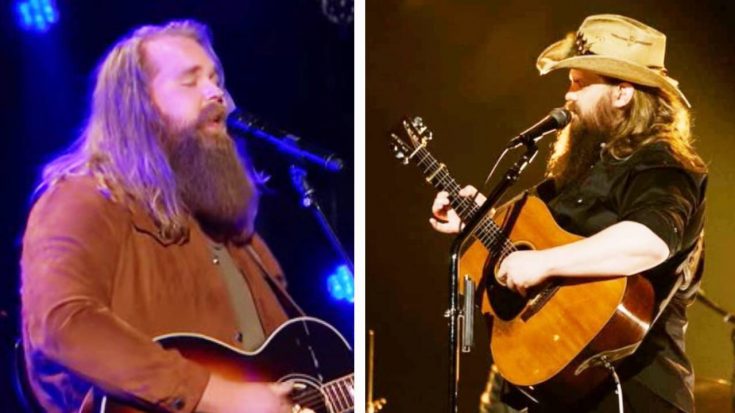 They have the same bushy beard and mustache, and are both even named Chris, but only one is superstar…for now.

When we turned on the television Tuesday night (July 16) to watch the latest episode of America’s Got Talent, we could have sworn we saw country singer Chris Stapleton walk on stage. But once you take a look at Chris Kläfford, you’ll understand why. The two Chrises are spitting images of each other. One just wears a cowboy hat.

This is really hard to grasp. I can’t thank you all enough. From the bottom of my heart, thank you so much! ❤️❤️ #agt

The Swedish singer won everyone over with his riveting cover of “Imagine” during the first round and decided to take a chance and perform an original song called “Something Like Me” for Judge Cuts.

His lyrics really blew everyone away, especially Paisley, who said, “It’s truly inspiring to hear you sing.”

When @BradPaisley tells you this, you’ve done something right. pic.twitter.com/lrXLBk4K6n

Watch his incredible performance below.