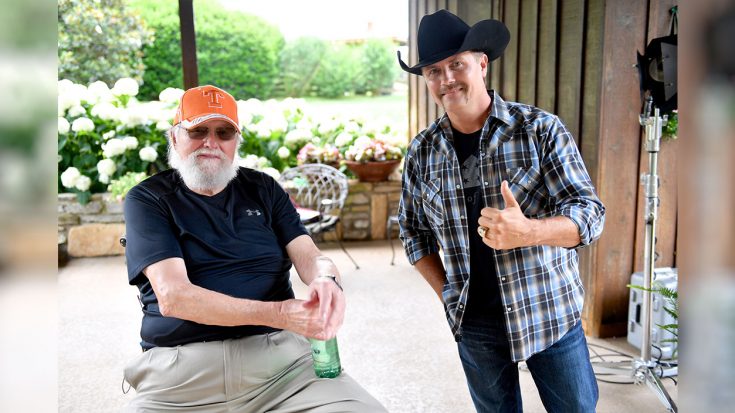 Just a few weeks before he died, Charlie Daniels invited John Rich to come for a sit-down interview for Rich’s show, The Pursuit! on FOX Nation. The interview took place on June 16, 2020, at Daniels’ home in Mt. Juliet, Tennessee. During the interview, Daniels talked about things that made him most happy in the world.

John Rich shared via Twitter what people can expect to hear from that final interview:

“I was so blessed to sit down with Mr. Charlie Daniels, our hero right here, three weeks ago and get the final interview of him on camera. I asked him everything from about when he was born, to his music, to what his thoughts were on our country, being a patriot, all the way to that very second sitting on his front porch. We’re gonna be able to show you guys that interview….God rest his soul, one of the greatest of all time.”

I was blessed to give the last interview of our hero, Mr Charlie Daniels…Tune in, it’s Free to watch tomorrow at 6CST/7EST on https://t.co/ve0DqiIk3F @foxnation #GodBlessCharlieDaniels pic.twitter.com/WYAiJfA9EH

Fox Nation released a clip of the interview where Daniels dropped some of his wisdom from his years of experience. He said,

“If you do something you don’t like, if you’re doing some kind of work you don’t like, stop doing it…find something you like to do or your always gonna sit on the front porch in a rocking chair after you get old and gray and wonder why you didn’t join the circus when it came through town. You never know when something’s gonna happen.”

Our hero and friend ⁦@CharlieDaniels⁩ has just entered the pearly gates of Heaven. Thank you Sir for all you gave the world, and your fierce love of God and Country. We will always love and respect you. #RipCharlieDaniels pic.twitter.com/Tra9QnsMQg

Watch a short clip in the video below.