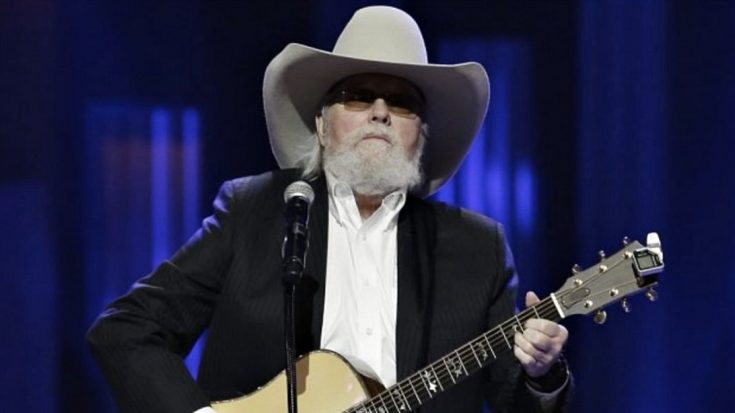 Country music is mourning the loss of one of its most beloved artists, Charlie Daniels, who passed away Monday (July 6) at the age of 83. The cause of death was a hemorrhagic stroke.

The Grand Ole Opry member and Country Music Hall of Famer’s life will be celebrated with a public visitation on Thursday (July 9) from 10:00 a.m. – 8:00 p.m. at Sellars Funeral Home at Mt. Juliet, Tennessee. It will be followed by a funeral service at 11:00 a.m. on Friday, July 10th, 2020 at World Outreach Church in Murfreesboro.

Charlie Daniels is perhaps best known for his 1979 Grammy Award-winning hit “Devil Went Down to Georgia,” but he is also an accomplished songwriter and talented instrumentalist. Proficient on the guitar, banjo and mandolin, Daniels most often played his fiddle and sang vocals in his band, the Charlie Daniels Band.

In addition to being an award-winning country artist, Charlie Daniels was also known as an advocate for the military, law enforcement and those in need.

“An outspoken patriot, beloved mentor, and a true road warrior, Daniels parlayed his passion for music into a multi-platinum career and a platform to support the military, underprivileged children, and others in need,” his obituary states. “He was a staunch supporter of the military and gave his time and talent to numerous charitable organizations, including The Journey Home Project, that he founded in 2014 with his manager, David Corlew, to help veterans of the United States Armed Forces.”

It is only fitting that a patriotic-themed service will be held Wednesday night (July 8) at 6:30 p.m. outside of Sellers Funeral Home in Mt. Juliet. It will feature performances from Trace Adkins, Tracy Lawrence, Darryl Worley and others. The event, which is open to the public, will feature honors from the military and an aircraft flyover, according to WSMV.com.

Charlie is survived by his wife of nearly 56 years, Hazel Alexander Daniels, their only son, Charles William Daniels, and many friends and loved ones.

In lieu of flowers, memorial contributions may be addressed to The Journey Home Project. You may donate via the web (www.thejourneyhomeproject.org) or by mail (17060 Central Pike, Lebanon, TN 37090). Floral arrangements may be sent to Sellars Funeral Home at Mt. Juliet (2229 N. Mt. Juliet Rd., Mt. Juliet, TN 37122).