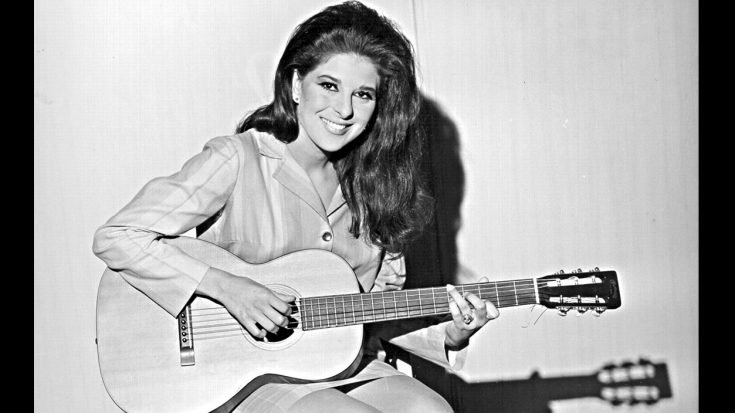 Truly an icon in her heyday, this country music superstar vanished from the spotlight after becoming one of the most-recognized musicians in the industry.

In 1967, her multiple Grammy-winning song “Ode To Billie Joe”, was issued to the charts – not as an overproduced single with a lot of fanfare, but using the original demo recording Gentry submitted along with an added string section.

Gentry would go on to find great success from her music, with popular duets alongside Glen Campbell, songwriting wins with Reba McEntire’s cover of “Fancy”, and she became the first woman to ever host a variety show on the BBC.

Bobbie Gentry's music will be compiled in the forthcoming box set, 'The Girl From Chickasaw County' https://t.co/jqxFhkeSsY pic.twitter.com/WMCKkyZPu4

Nobody truly knows what happened to Bobbie Gentry, and many have speculated she lives near the same Tallahatchie Bridge she sang about in “Ode To Billie Joe”, while others say she is living in Los Angeles outside of the industry – but either way, one thing will always remain the same: her incredible impact on the world of music as a whole.

Its the 3rd of June. "And then she said I got some news this morning from Choctaw Ridge…today Billy Joe McCallister jumped off the Tallahatchie Bridge." Bobbie Gentry was 23 years old when she recorded "Ode to Billy Joe" in 1967 at Capitol Records Studios in Hollywood. pic.twitter.com/KQnqu5fxb7

In the decades since her mysterious disappearance, much of the world has seemingly forgotten that she existed – referencing her in articles and historical pieces as if she had already passed.

Even though nobody is talking about Bobbie Gentry, her music still remains one of the most prominent and iconic parts of country music’s far-reaching history.

Watch her perform the hit song that brought her to fame in the video below.