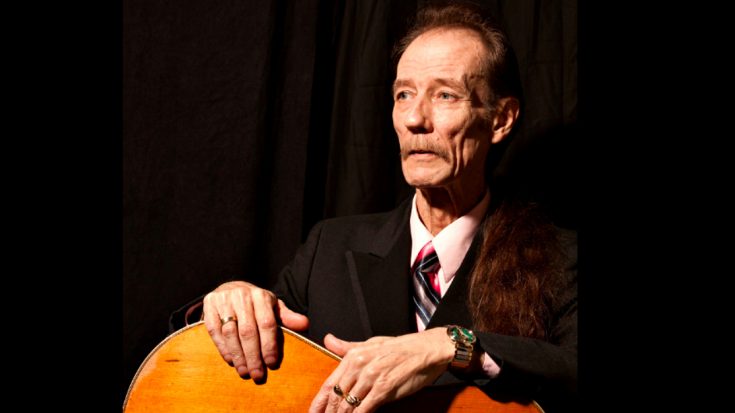 Tony Rice, legendary bluegrass guitarist and vocalist, passed away on Christmas day at the age of 69. According to a statement from Rice’s longtime friend and former bandmate Ricky Skaggs, Rice passed away at home while making his morning coffee.

“Sometime during Christmas morning while making his coffee, our dear friend and guitar hero Tony Rice passed from this life and made his swift journey to his heavenly home. It’s still quite a shock to the whole family,” Skaggs wrote. “I will miss him as I’m sure all of you will. But where Tony is right now, he’s not missing us. He’s in the place that God has prepared for those who love Him and receive Him. Rest In Peace dear brother. Thank you for your great talent and the music that will continue to inspire more and more generations to come.”

Sometime during Christmas morning while making his coffee, our dear friend and guitar hero Tony Rice passed from this…

The news was confirmed in a statement from the International Bluegrass Music Association who wrote:

“It is with a heavy heart we say goodbye to one of the most iconic voices and musicians in bluegrass history. David Anthony “Tony” Rice passed away at his home in Reidsville, NC. For those of us lucky enough to know and hear Mr. Rice, it is an impossible task to put into words his infinite skill and influence. As a singer, songwriter, and guitar player, there are few that will ever match his impact on bluegrass and acoustic music.”

Rice, a 2013 Bluegrass Music Hall of Fame inductee, played alongside some of the genre’s greatest talents, such as Ricky Skaggs, J.D. Crowe and the New South, Jerry Garcia, Jerry Douglas, Doyle Lawson, Bela Fleck and more. Rice’s hall of fame acceptance speech has been called one of the most memorable in the organization’s history.

Tony Rice’s flawless flatpicking style inspired generations of bluegrass artists, many of whom shared their memories of Rice on social media following his passing.

We all mourn the loss of our one and only Tony Rice. We’re so grateful for what he gave us and left with us. The highest peak.
RIP. pic.twitter.com/pnYcVJarMv

Tony Rice was the king of the flatpicked flattop guitar. His influence cannot possibly be overstated. If you aren’t familiar with his music, please look it up. I don’t know if a person can make anything more beautiful. #RIPTonyRice

I’m beyond heartbroken to hear about the passing of Tony Rice. No one has had a more profound impact on my musical world. His playing, singing, writing, and arranging broke the bluegrass mold and will eternally attest to the fact that music can take you anywhere, from anywhere.

Tony Rice is survived by his wife Pam, their daughter India, and his brothers Wyatt and Ronnie.