Reba Snuggles Up To Boyfriend Rex Linn In New Photo 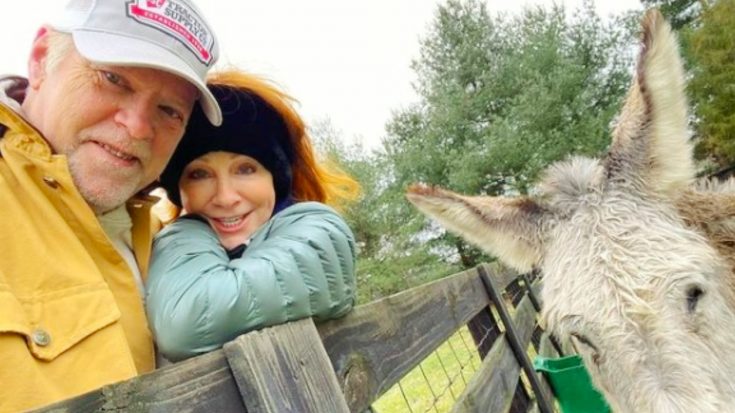 Earlier this year, Reba McEntire announced that she is dating CSI: Miami and Young Sheldon actor Rex Linn. Later, during an interview on Watch What Happens Live With Andy Cohen, McEntire said she and Linn first met in 1991 on the set of Kenny Rogers‘ The Gambler movie.

“We were both on that in 1991 and we’ve kept in contact with each other over the years and we both know the same people,” McEntire said.

McEntire was married to Narvel Blackstock when she and Linn met. She and Blackstock split in 2015 and she later went on to date Skeeter Lasuzzo for two years before they ended things in 2019.

Then in January 2020, the now-single McEntire reached out to Linn and the two of them went to dinner. They immediately hit it off, and kept in touch through calls, texts, and video chats while they weren’t able to be together in person.

They went public with their relationship in October, and have since shared several posts about each other. One of their cutest posts included a photo of them with a chicken named “Mr. Pecker.”

McEntire also revealed her and Linn’s nicknames for each other in the post. He calls her “tater tot” and she calls him “sugar tot.”

McEntire and Linn have since attended the CMA Awards as a couple and have taken a number of other adorable photos together. And their most recent picture harkens back to the one they took with Mr. Pecker in October.

On December 27, McEntire shared a photo that shows her bundled in her winter attire while snuggling up to Linn. The two of them were leaning against a fence that housed a fluffy-looking donkey, whose name is Poncho!

“When Poncho got wind of the picture of Rex and me with Mr. Pecker, he got his feelings hurt. So here is Poncho,” McEntire wrote.

Look below to see the too-cute-for-words photo McEntire and Linn took with Poncho the donkey.

They are such a sweet couple, so we love it whenever they share a new snapshot!