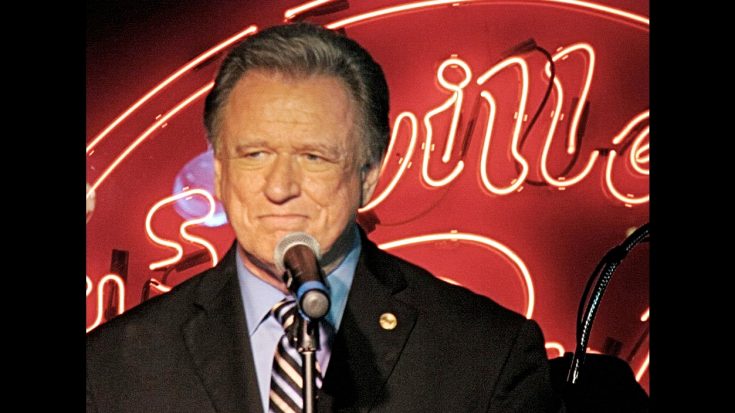 A very sad day in country music and the Nashville community in general as the news of the unexpected passing of a longtime former Grand Ole Opry announcer’s son was revealed to the public.

For decades, the world of country music was blessed with the unforgettable sound of Keith Bilbrey’s ultra-smooth voice coming from their radios and television sets.

From 1974-2009, Bilbrey was a well-known and beloved part of WSM and the Grand Ole Opry. He joined a long line of legendary announcers like Ralph Emery, Grant Turner, and other treasured figures in country music’s history.

Beyond his work with the Opry and WSM, Bilbry has also joined many other radio and television programs at the heart of country music – like Music City Roots and Larry’s Country Diner.

Tragically, on November 6th, 2018, Bilbrey suffered the devastating loss of one of his sons after a terrible storm pushed through the area.

As reported by Fox 17 Nashville, Bilbrey’s son, Mark, was killed during the height of a forceful rainstorm in Davidson County which experienced immense flooding and rainfall during the storm.

The 39-year-old was involved in a single-car accident during the early morning hours of the storm and Metro Police said that he was wearing his seatbelt at the time of the crash.

Please say a prayer for my friend Keith Bilbrey whose son Mark was killed in a car crash last night during the terrible storms that passed through TN. pic.twitter.com/45VgyBRj7Q

According to the report, Mark Bilbrey was driving down Davidson Drive in a Subaru Forrester when the vehicle left the motorway on the right-hand side. The vehicle collided with a culvert off the motorway before striking a concrete overpass support column.

“I have no words to explain the pain I am feeling today,” Keith penned in a Facebook post. “My oldest son, Mark, was taken from this earth in a one-car accident during the height of the last night’s storm. I ask for prayers for all of us during this time.”

“I ask for prayers for all of us during this time, Bilbrey continued. “He was a special person and a delightful son.”

Our thoughts and prayers are with the Bilbrey family and all of his friends and loved ones during this difficult time.