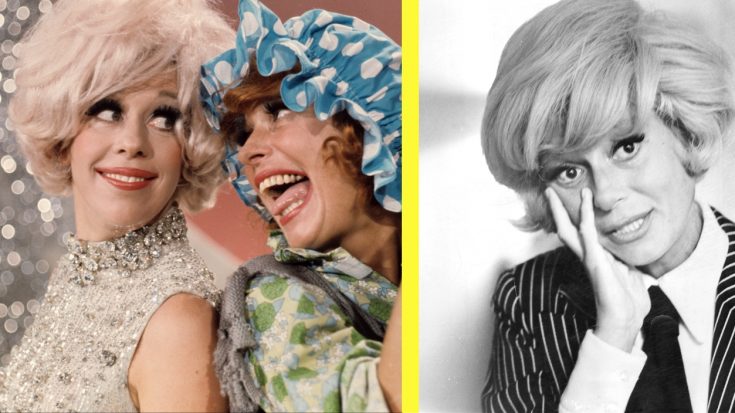 Known for her incredible acting skills on stage and on-screen, this beloved American icon also was the artist behind a couple country music albums as well.

Throughout a career spanning more than 70 years, Carol Channing was a master of her craft and earned a seemingly endless number of awards – including a Grammy, Tony, and Golden Globe. Inducted into the American Theatre Hall of Fame in 1981, this remarkable actress and singer had truly captured the heart of America.

Born in Seattle in 1921, Channing began her career in theater in 1941 before becoming a national star with the breakout Broadway hit Hello, Dolly! in 1964.

This remarkable performance earned her a Tony Award as well as a Grammy Award for the musical score and she continued to perform in the show for most of the next seven years.

By 1967, Channing had also appeared in a number of films alongside now-famous actors like Clint Eastwood, but it was her role in Thoroughly Modern Millie with Julie Andrews and Mary Tyler Moore that brought her the most recognition in film.

With stunning success in both film and theatre, Channing also had recorded tracks for a number of albums – including two country music albums!

Her 1976 album with Webb Pierce was simply titled C and W after both artists’ names and featured songs like “Pretty Dolly,” “Take Your So-Called Love,” “Got You On My Mind,” and “Tennessee.”

Carol Channing and Her Country Friends was released a decade later in 1977 and brought the Broadway legend together with folks like Jimmy C. Newman, Hank Locklin, and others.

Carol Channing has passed away… We took a high school trip in 1965 from Philly to NYC and saw her on Broadway. Years later I saw her in Nashville at TPAC …. She was quite amazing… the lady WAS Broadway … RIP ma'am … #GoodbyeDolly

Channing passed away at the age of 97 at her home in California, according to The New York Times.

Our thoughts and prayers are with her family, friends, and fans during this very difficult time.