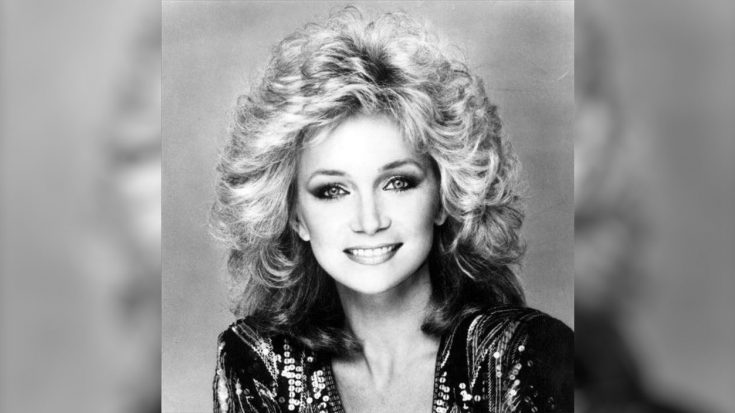 Back in 1961, a young, 13-year-old artist by the name of Barbara Mandrell was on tour with the legendary Patsy Cline, Johnny Cash, and George Jones. In a recent interview with Cody Alan, on CMT Radio, Mandrell revealed the details behind her hit “Sleeping Single In A Double Bed.”

In her interview she stated,

“Patsy was the grown woman that she was, and I had just turned 13, I was a kid. Long story short, I had my own room, but she wouldn’t allow me to stay by myself. She wanted me to stay with her. So, I can honestly tell you, straight up, with all truthfulness… I slept with Patsy Cline. She was very kind to me.”

Mandrell went on to share another fond memory of her and Patsy on the tour,

“She hated her hair that was done at a beauty shop one day and I said, ‘I do hair, I can comb it’ and I did and she liked it so I combed it for the rest of the tour for her.”

Last May, Mandrell released a 2020 remix of “Sleeping Single In A Double Bed.” after being retired for over 20 years.

She goes on to talk about George Jones asking her to join him on stage and play steel guitar, then later having him sing on her 1985 song, “I Was Country When Country Wasn’t Cool.”

Watch the video below to listen to it!