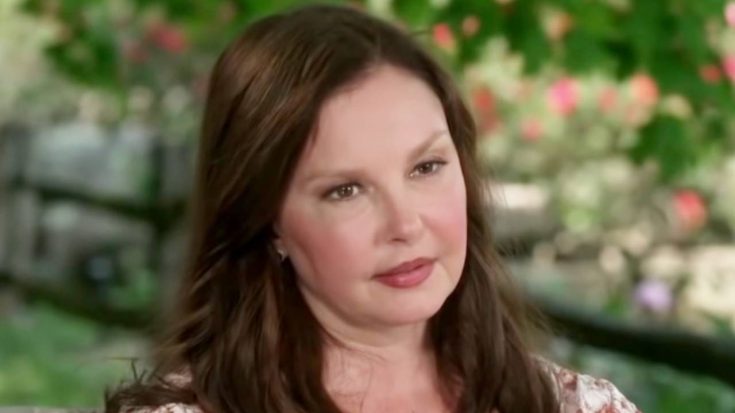 Actress Ashley Judd has written another opinion piece for the New York Times on August 31, 2022 about her family’s fight to keep details of her mother’s death private.

On Saturday April 30th, Ashley Judd and her sister, singer Wynonna Judd announced on social media that their beloved mother, Naomi Judd, had passed away. As most know, Wynonna and Naomi make up award-winning mother-daughter country duo The Judds.

“Today we sisters experienced a tragedy. We lost our beautiful mother to the disease of mental illness. We are shattered. We are navigating profound grief and know that as we loved her, she was loved by her public. We are in unknown territory,” their joint statement read.

Her death came just one day before The Judds were set to be inducted into the Country Music Hall of Fame. Ashley tearfully said, “I’m sorry that she couldn’t hang on until today.”

Earlier this month, the Judds, along with Naomi’s husband Larry Strickland, filed a petition to keep Naomi’s death records, including transcripts and recordings, sealed. The petition states that if released, the recordings would cause “significant trauma and irreparable harm.”

Tennessee law states that law enforcement officers are permitted to hold records during an ongoing investigation, but once an investigation is closed, the records are usually released, according to PEOPLE.

Due to the op-ed Ashley wrote, it seems their petition has yet to be granted.

Ashley continued, “The trauma of discovering and then holding her laboring body haunts my nights. As my family and I continue to mourn our loss, the rampant and cruel misinformation that has spread about her death, and about our relationships with her, stalks my days. The horror of it will only worsen if the details surrounding her death are disclosed by the Tennessee law that generally allows police reports, including family interviews, from closed investigations to be made public.”

She goes into detail about how, as her mother was dying, police were interviewing her and her stepfather, on recorded devices and she had to ask them: “Is your body camera on? Am I being audio recorded again? Where and how will what I am sharing be stored, used and made available to the public?”

Instead of being able to comfort her mother, telling her everything will be okay, that she’d see her father and her brother soon, Ashley felt she felt “stripped of any sensitive boundary, interrogated and, in my case, as if I was a possible suspect in my mother’s suicide.”

The actress and activist called for more sensitivity and trauma training to these first responders.

She also casts doubts that their petition to keep the death records and recordings closed will be approved.

“I don’t know that we’ll be able to get the privacy we deserve. We are waiting with taut nerves for the courts to decide,” she wrote. “I do know that we’re not alone. We feel deep compassion for Vanessa Bryant [Kobe Bryant’s wife] and all families that have had to endure the anguish of a leaked or legal public release of the most intimate, raw details surrounding a death. The raw details are used only to feed a craven gossip economy, and as we cannot count on basic human decency, we need laws that will compel that restraint.”

Ashley says that we need to “reform the law enforcement procedures that wreak havoc on mourning families and then exacerbate their traumatic grief by making it public.”

She understands why the police need to investigate need to investigate “a violent death by suicide,” she believes “there is absolutely no compelling public interest in the case of my mother to justify releasing the videos, images and family interviews that were done in the course of that investigation.”

Wynonna showed support for her sister by sharing the article on her Facebook page and writing, “WELL DONE, MY DEAR SISTER. I STAND BESIDE YOU AND WITH YOU.”

We will keep the Judd family in our prayers as they navigate through this difficult time.