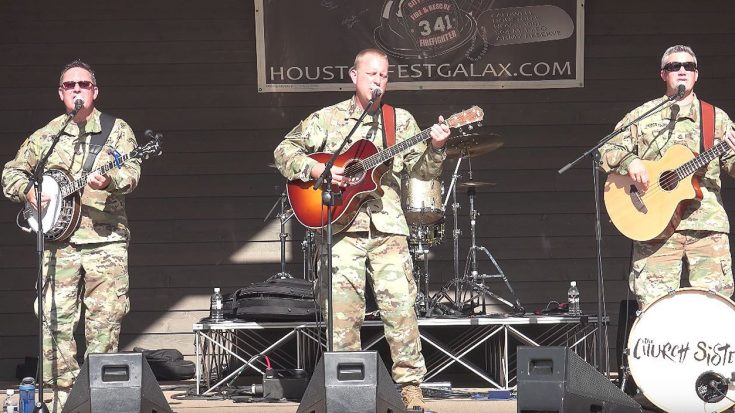 One crowd that gathered for a performance at Houston Fest in 2017 was in for a real treat when three soldiers took to the stage.

They are part of a group called the Six-String Soldiers, known all over the internet for their skillful covers of country, folk, and bluegrass classics.

During their appearance at  Houston Fest, the soldiers treated the audience to a performance of one of the most iconic duets in all of country music.

That duet would be none other than “Seven Spanish Angels,” which was famously recorded by Willie Nelson and Ray Charles.

A Solid Rendition From Some Soldiers

Released in 1984 off of Nelson’s album Half Nelson, “Seven Spanish Spanish Angels” was on the charts for a total of 12 weeks, and it spent one of those weeks in the top spot. Since it was so successful, the song has gone on to become one of Nelson’s most frequently covered songs.

A song with as much significance as “Seven Spanish Angels” is not an easy one to pull off. But the Six-String Soldiers did a suburb job singing it, and they surely impressed those who stopped to watch them at Houston Fest.

In fact, we wouldn’t be surprised if a few members of the audience had tears in their eyes as they listened to the soldiers sing. Their performance was just that good.

You can go ahead and watch Six-String Soldiers offer their special twist on “Seven Spanish Angels” in the video below. This has to be one of our all-time favorite versions of the song!