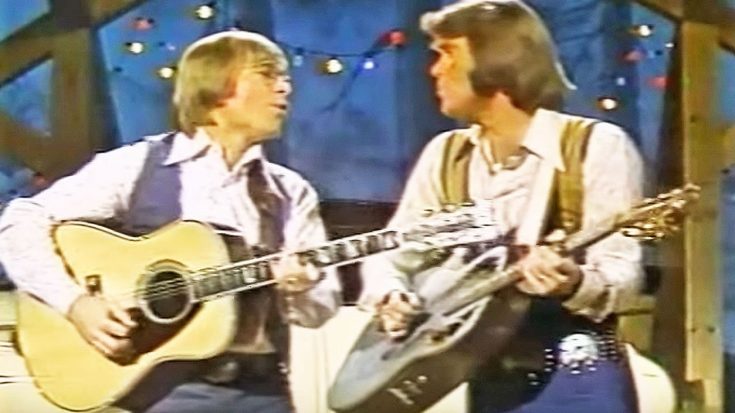 Perhaps one of the most groundbreaking artists in not only music but the humanitarian world, country singer John Denver captivated the hearts of many during his career.

Not only did he become the best-selling performer of 1974, in addition to earning 12 gold and 4 platinum records, but Denver was also incredibly involved in a variety of charities that benefited the homeless, the environment, and the African AIDS crisis.

On October 12, 1997, John Denver died at the age of 53 when his experimental aircraft crashed during a test flight pic.twitter.com/ANIR8EAGLx

While Denver was praised by some for his political involvement and movements, most fans glorified the man for his harmonic voice and sensational music.

Denver wasn’t one to shy away from a duet, as he formerly shared the stage with country music legend Glen Campbell during the John Denver Thank God I’m A Country Boy variety special airing in 1977.

The two graced the stage for a remarkable performance of “Don’t It Make You Want To Go Home” – a song that has continued to resonate with fans and viewers for decades.

The song was originally released by country singer Joe South in 1969, although South’s biggest recognition was for his hit song “Rose Garden,” later covered by Lynn Anderson.

Listen to these cowboys in their sensational duet and tell us what you think!