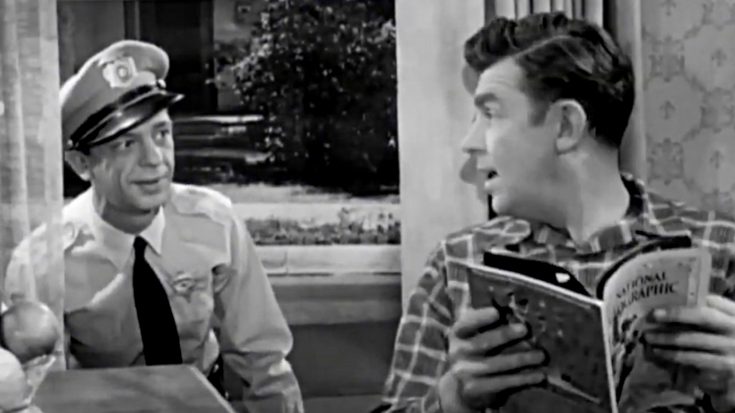 Andy Griffith and Don Knotts starred in The Andy Griffith Show together, and they kept one another laughing (and audiences) until the very end. The pair was so close that Griffith was there when Knotts was on his deathbed in the mid-2000s.

Sadly, Knotts passed away on February 24, 2006. He was 81 years old. Shortly after Knotts’ passing, Griffith, Ron Howard, Joyce DeWitt of Three’s Company, Jim Nabors, and Knotts’ daughter, Karen, went on Larry King Live to reminisce about some of their favorite memories with Knotts.

Griffith told King that he was with Knotts just a few hours before he passed away. Reminiscing on that moment, Griffith recalled:

“At night at UCLA and I was with him until 6:00 or 6:30 I guess and he couldn’t respond but I did — I was able to tell him I loved him and I asked him to ‘Breathe, breathe, keep breathing Jess. His name was Jesse and he never liked that name but he let me know it one time and I always called him Jess.”

Knott’s daughter, Karen, said that Knotts worked to keep people laughing up until the very end. While she didn’t reveal exactly what he said, it’s clear that his comedic genius continued to shine through in his final moments.