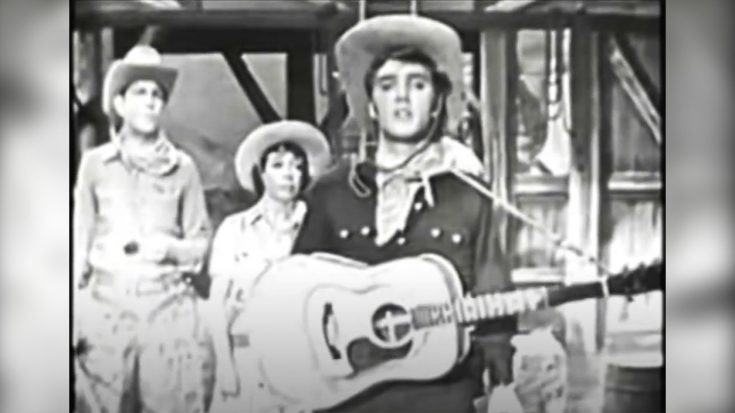 As a result of his distaste for the King, he dressed Presley in a tuxedo and made him sing “Hound Dog” to a real-live basset hound.

The joke was supposed to be humiliating and Allen didn’t stop there.

In addition to disliking rock and roll, there was another genre of music that Allen wasn’t a fan of – country-western.

In the same episode, Presley took part in another skit that paired him with future television legend Andy Griffith.

Both Griffith and Presley performed a skit called “Range Roundup.” Actress Imogene Coca and Allen himself completed the hilarious ensemble poking fun at the country lifestyle.

In the bit, Allen introduces his pals “Rattlesnake Griffith” and “Tumbleweed Presley.” The four of them proceed to promote the sponsor of “Range Roundup,” Tonto Bars, a candy bar that Allen says, “comes out of the Old West and right into your old mouth.” Presley even blurts out, “Dentists recommend Tonto Bars because tests prove that Tonto Bars cause more cavities than any other candy bar.”

After poorly promoting the candy bar, the four of them wrap up the skit with a song. Watch it in the video below.