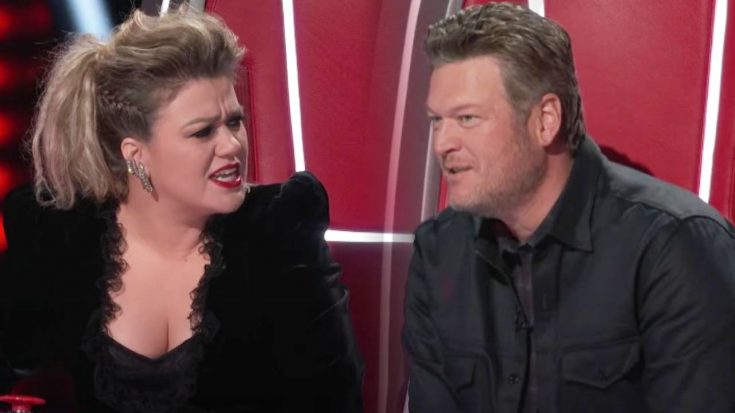 On her talk show, Kelly Clarkson has called Season 20 of The Voice her favorite Blind Auditions ever because of the talent and all the fun she had with her fellow coaches Blake Shelton, Nick Jonas, and John Legend.

20-year-old Avery Roberson is likely one reason why Clarkson is calling this season her favorite yet. The Rutherford, North Carolina-native performed Tim McGraw’s 2007 song “If You’re Reading This.”

After singing just a few lyrics, John Legend turned his chair, followed quickly by Kelly Clarkson. During the chorus, Blake Shelton pressed his button and turned for Avery and Nick Jonas turned before his final note.

Clarkson spoke to Avery first, telling him that she’s previously won the show with a male country singer, Jake Hoot, and has had hits on country radio. Shelton made it known that he just celebrated his 10th year as a member of the Grand Ole Opry, so clearly he is the right coach for Avery.

After finding out Avery used to sing pop music, Jonas made an argument that he’s a good fit since he is a pop singer and has previously written and worked with country singers like Thomas Rhett, Dan + Shay, and even Shania Twain.

All four coaches were pulling out all the stops, throwing each other under the bus to try and get Avery on their team.

When it was time for him to choose a team, Avery said, “I’ll have to go with my gut on this one,”  before the video cut off. If we were going to guess which coach he’d end up with, it’d be Blake, but we won’t know for sure until his full audition airs next week!